UltraISO is one of the oldest and best emulators with full functionality. It is a famous program for working with disk images that are used for creating, editing, converting, and compressing images. The application is available for Windows.

UltraISO for Windows is a powerful program for creating, editing, and converting various CD/DVD image formats. It supports many formats, such as iso, bin, cue, nrg, mdf, mds, img, ccd, sub, ima, and other less common formats (over 30 in total). Moreover, the program can emulate optical drives, allowing you to run the images on devices without disk drives.

UltraISO for Windows allows you to burn new information to CDs/DVDs and edit ISO files. You can also create the boot and multiboot disks and separate images for later burning, convert them from one format to another, and compress ISO to ISZ.

The main screen is divided into 4 windows. The upper two windows show the content of the selected disk, and the lower ones are used for finding and adding files in the directory tree. Copying and transferring are performed by dragging a file from one screen area to another (the drag-and-drop feature). When working with ready images, the utility reserves extra space on a hard drive in the Temp folder.

As for functionality, in addition to creating images of optical disks, you can also create images of USB flash drives and even hard drives. You can add, delete, and edit folders and files without opening (unpacking) them inside the generated archive. Disk images can be used as separate virtual disks.

Other features of UltraISO include:

UltraISO for Windows uses a proprietary ISZ format. The abbreviation is "ISO Zipped," but it is not just a zip archive. The format uses ZLIB or BZIP2 for data compression and can support AES encryption. The format specification is publicly available on EZB Systems's website but without some important points, such as obfuscation of the data table and the data itself. Despite this, third-party proprietary applications, such as Daemon Tools, also supported the format.

The name of the program is related to the ISO 9660 international standard. It combines regular CDs and DVDs and makes them compatible with popular operating systems. There is also support for the UDF file system primarily designed to work with DVDs. It is possible to set the RockRidge extension (to store attributes), Joliet (to remove file name limitations), and HFS (for compatibility with Mac OS). In addition to ISO, various image formats are supported, including the famous BIN, CUE, and MDF.

The interface of the program has not changed much over the years. It has remained classic, minimalistic, and even a bit old-fashioned. The program window consists of four areas:

Under the menu bar, there is a toolbar that duplicates the primary frequently used functions of the menu bar. There is also a small but very convenient detail: after installing UltraISO, there is a "Mount using UltraISO" option in the right-click menu. You no longer need to run the emulator manually to mount the image: right-click on it and select this option. You can use the picture because it's already in a virtual drive. This is a very nice additional feature to an already excellent program.

Why should you install this program?

The user-friendly interface (although it may seem complicated to beginners), low system requirements, and advanced functionality make the program stand out among similar tools. UltraISO for Windows is associated with quality, useful features, and reliability. 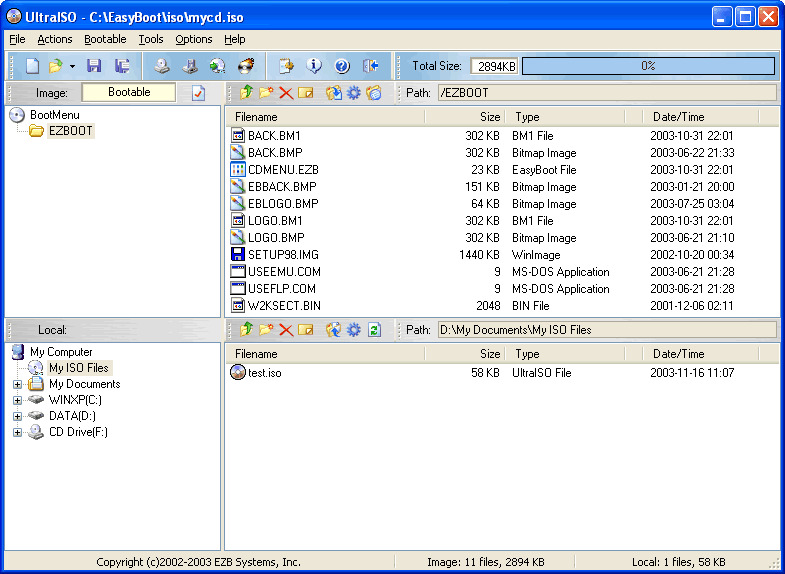 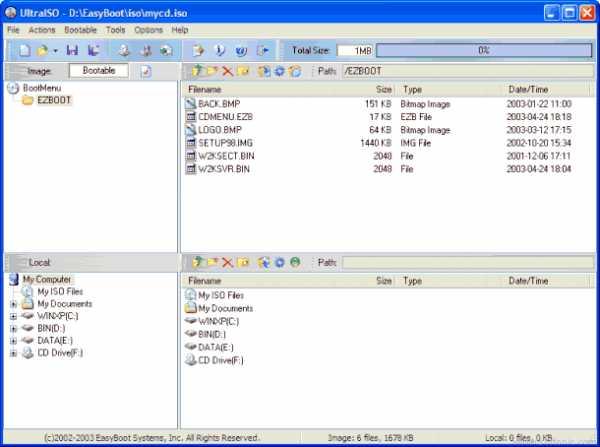