By Blizzard Entertainment (Free to try)
Version: 1.18.5.3106
Clean
This file has been scanned with VirusTotal using more than 70 different antivirus software products and no threats have been detected. It's very likely that this software is clean and safe for use.
View full report in
VirusTotal
SHA256: 93a12d7342ccc569dd7ab51cbc9e737828a449e2f203207dcafce8f67786bd9f

The strategy everyone's heard about

StarCraft II: Wings of Liberty for Windows is the first installment of StarCraft II, the sequel to one of the most famous strategy games in the world. It is set four years after the original game and the Brood War add-on. With Jim Raynor and his band of cutthroats, players must go through many trials, learn new stories about this world, and finally deal with Raynor's feelings.

In Wings of Liberty, players will get to know Raynor and the crew of his ship Hyperion closer, learn about the events that took place after the Brood War, and begin solving the terrible mystery threatening to destroy the entire universe. We will tell you more about this game.

StarCraft II: Wings of Liberty for Windows is a strategy game from Blizzard, the sequel to StarCraft. You will fight as one of the races: Zerg, Terran, or Protoss. The game is set four years after the events of StarCraft: Brood War. StarCraft II is one of the most famous cyber disciplines. The game is played in major tournaments and championships. Blizzard has released several parts of the game. The first part was named StarCraft II: Wings of Liberty and two add-ons were called Heart of the Swarm and Legacy of the Void.

The game is set four years after the Brood War when Zerg Queen Sarah Kerrigan dealt a heavy blow to the armies of the United Earth Directorate, forcing them to retreat from the Koprulu Sector. Now the Queen of Blades is plotting her revenge on the Dominion and Arcturus Mengsk, who betrayed her four years ago by turning her into a Zerg. Raynor must continue his rebellion against the Dominion, which brings him face to face with his past and Kerrigan, who is little more than a human.

The story campaign contains over twenty-five missions, including several secret ones. During them, players will gain access to increasingly advanced vehicles and learn new techniques. Some tasks will be entirely strategic, with the construction of a base, and some will give a squad of heroes and a specific goal. By the way, each mission has unique conditions that are never repeated in other tasks.

Multiplayer mode has always been an essential part of StarCraft and has evolved and improved since Brood War. Players have several dozens of maps, three races to choose from, and countless strategies and tactics allowing them to defeat each other. In the second part of the series, the creators added new units, cut out some of the old ones, redesigned the balance, and took the replayability to a new level by adding a multiplayer ranking system.

Everyone's preferences may be different, but the sides are perfectly balanced. The Terrans have improved defense ability and can build secure fortresses covered by turrets and bunkers in minutes. The Zerg are traditionally more robust in the number of them. Still, clever commanders should remember that underground tunnels and the ability to spawn four other larvae are essential to defeating your opponents. Finally, the Protoss burn out any living thing with their rays and can overcome any obstacle due to their three types of dragoons.

If you're going to start your eSports career soon, Battle.net is a great place to start. You've never seen such an elaborate and detailed service. There are numerous leagues, a convenient search for opponents and ranking tables, and other valuable features, e.g., all played matches are stored in the history, and you can always go back to them. The most detailed statistics allow you to find out where the failure occurred. The analysis of games is carried out in seconds.

If you're used to seeing StarCraft as a cyber sport discipline, prefer micro controls, and fondly press all the hot-key commands even after a deep sleep, StarCraft 2 for Windows is an honest gift. But this game from Blizzard may seem only entertainment for a few evenings for those who are not fond of strategies. There is nothing wrong with that. It's not worth ignoring the opportunity to play an old-school strategy game at the highest level.

Graphics in StarCraft 2 for Windows deserves special mention. It is not quite in line with 2010 (the year of its release) because even 12 years ago, gamers were used to seeing high-quality models, high-resolution textures, and spectacular explosions in AAA-class projects. The campaign for the Earthlings and multiplayer mode does not have these features. But there are at least a couple of important nuances.

First of all, the visuals of StarCraft 2 don't offend most players because the animation is excellent, and the game runs even on weak computers. Second, the design of units and constructions and the entire interface are not changed dramatically. It was necessary to reduce the habit of cyber-sportsmen in the sequel to make StarCraft 2 one of the cyber disciplines. Finally, the developers promised many improvements in graphics, such as anti-aliasing and a 3D model in the strategy. They were announced a month before the release of StarCraft 2.

Changes are minimal in the gameplay of StarCraft 2. They are most likely to be a significant addition to the original game. The strategy's primary goals are the collection of resources, stamping units, and a campaign on the base of the enemy. Those who can find a consensus between these components are the winners. Resources should not lie in storehouses for a long time, and units should not trample on a base; bunkers and turrets must securely protect the perimeter of possessions. Reconnaissance should become an obligatory part of the daily program.

However, the altered unit sets force even advanced gamers to think through tactics from scratch. Terrans Earthlings are no exception in this regard. Technology allows them to become true all-rounders, ready for any situation. Techniques studied in the laboratory make army production very fast due to practical features, e.g., the ability to order two fighters at once. There are also some other trumps. Buildings can burrow into the ground if they disturb the CSV; some units can transform from flying to the ground ones and heal infantry; the command center can turn into a fort with solid armor and stationary weapons in case of emergency.

StarCraft II: Wings of Liberty for Windows is an excellent game. The balance has remained impeccable. The innovations primarily affected the single-player campaign without touching the multiplayer. Now the game maps look more lived-in, and the attention to detail is beyond praise. For example, holograms and lanterns are scattered around the map, and you can see tiny local inhabitants on the planet on levels with lava. When it's daytime on the map, the primary task is to clear the infected settlements, but at night you have to fight off hordes of mutants.

Everything seems the same at first glance, but the more you play, the more you understand that this is a new game. Each new mission differs from the previous one, starting with a dramatic trailer. It forces you to dive headfirst into the storyline. Sometimes you can decide whether to save the uninfected colonists or burn the settlement to the ground. However, this does not affect the plot, but it allows you to get points for studying the Protoss or the Zerg. 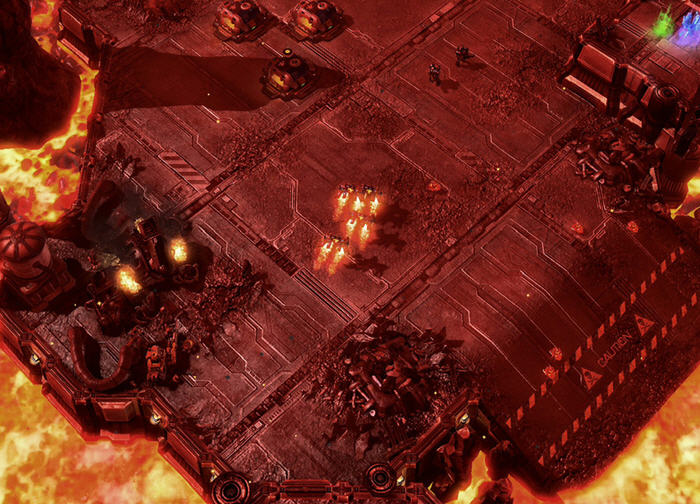 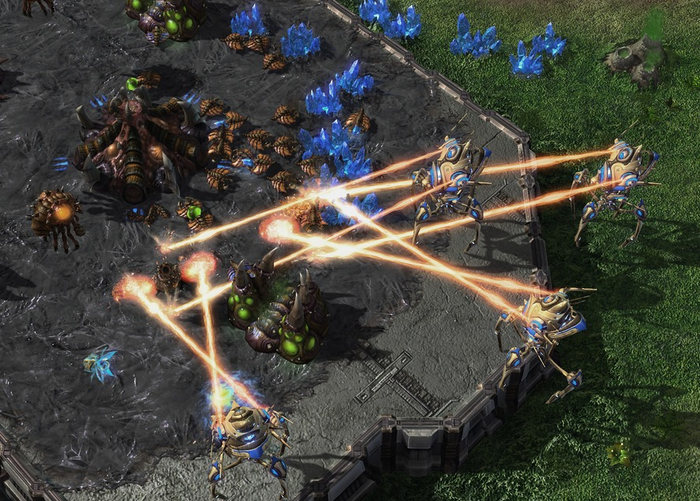 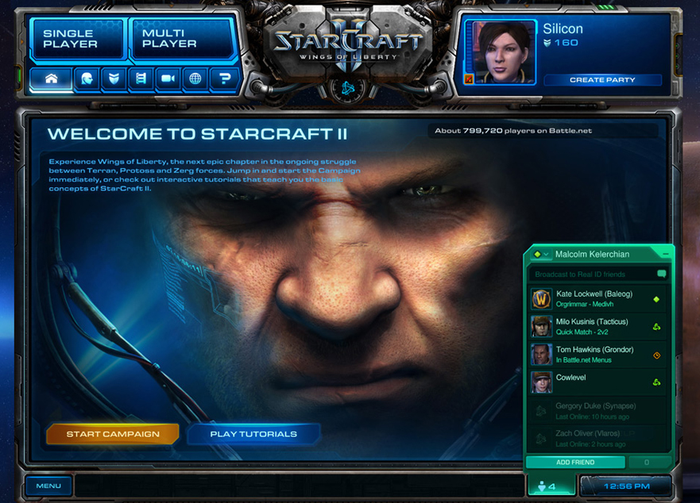 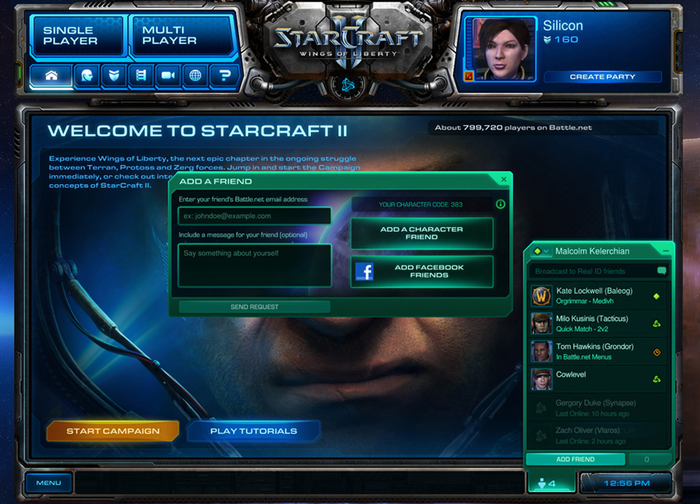 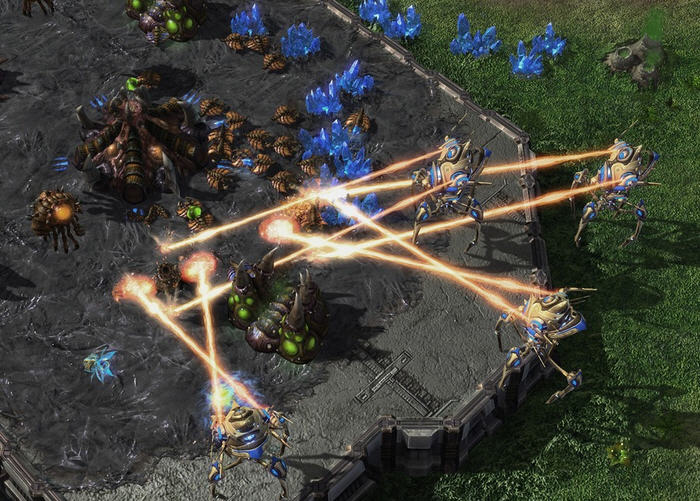 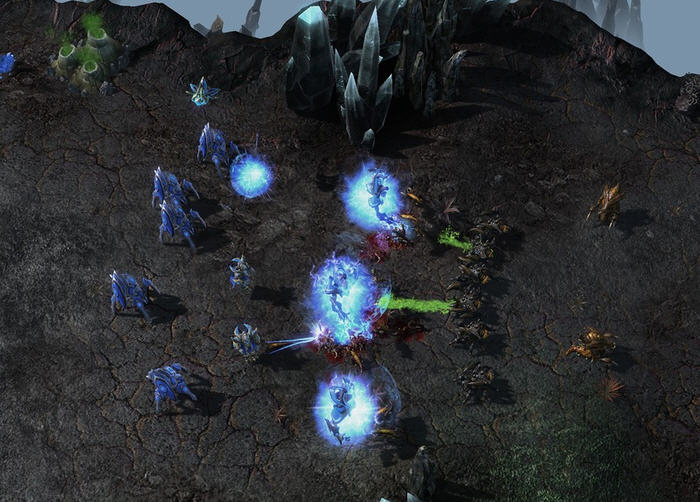 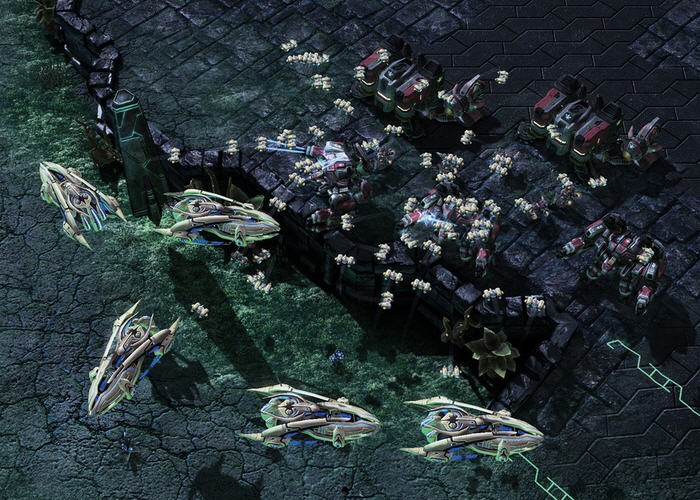 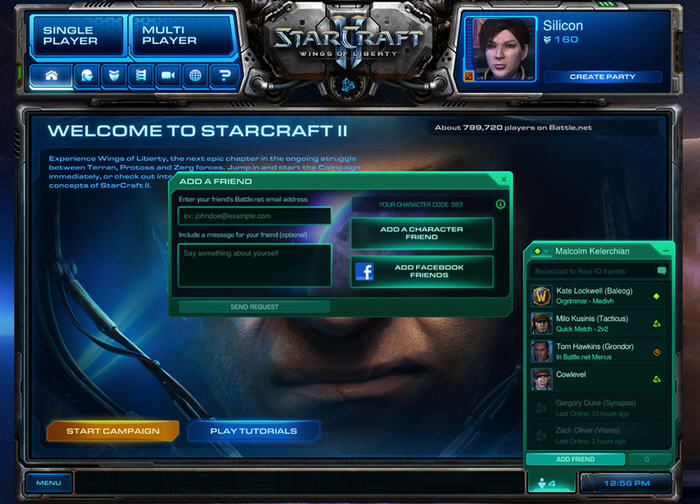 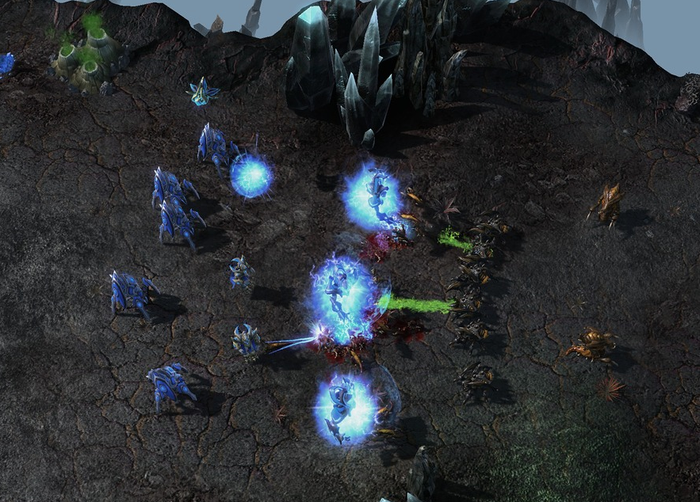 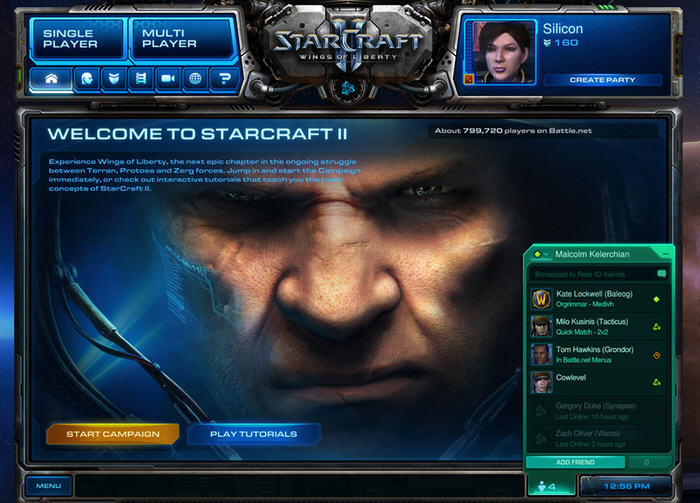 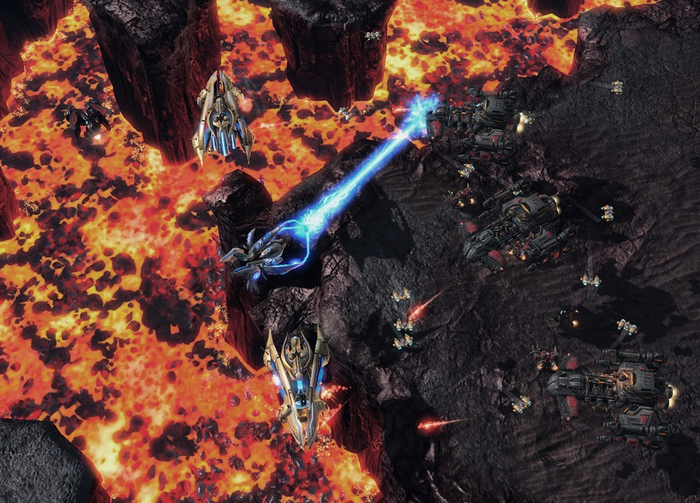 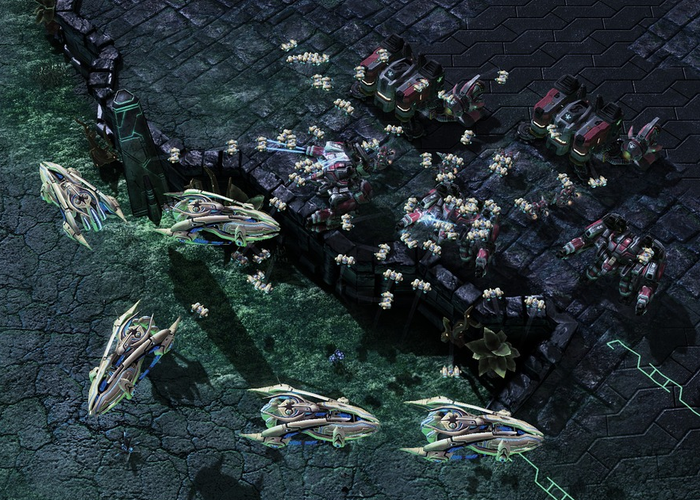 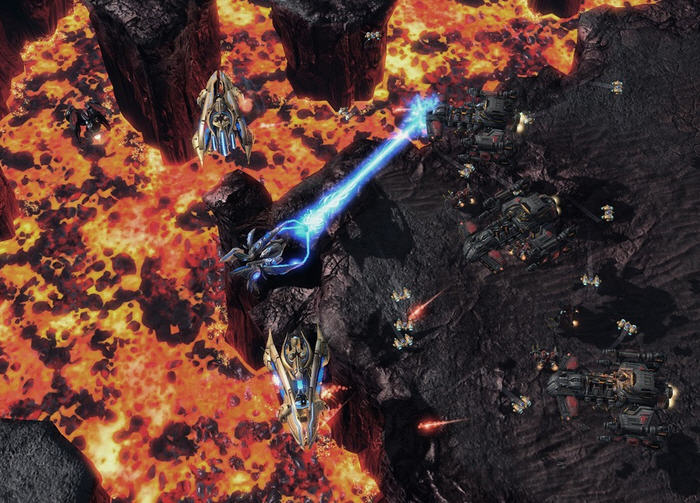