By InnerLoop Studios (Free)
Version: 1.0
Warning
This file has been scanned with VirusTotal using more than 70 different antivirus software products and this file is potentially malicious or may contain unwanted bundled software. This file still available because we have determined that these flags are possibly false positives.
View full report in
VirusTotal
SHA256: 68f662cd9595156bac38847d088c36672a441f0c725721b39deb0c3c9421fb4b

One of the most famous first-person shooter games

Project IGI is a first-person shooter game, the first in the series of Project IGI games. It follows the story of David Jones, an agent whom MI6 has recruited to take on missions worldwide.

What are the gameplay and graphics?

The game has multiple missions, each with its own objectives and end goals. The player must complete each task to progress through the story and unlock more levels or weapons. Each mission has unique challenges and obstacles, so players must use their wits and skills to overcome them.

The graphics of Project IGI for Windows are detailed and realistic. They allow you to visualize what is happening around you so you can strategize how best to approach each situation before it becomes critical for survival.

Many different types of weapons are available for use throughout Project IGI: pistols, shotguns, submachine guns, assault rifles, sniper rifles, and even grenades. All these weapons have different strengths and weaknesses, which means some may be more effective in certain situations than others depending on where they are being used (for example: if you’re trying to shoot someone from behind cover, the pistols might not be as effective because they have limited range compared to other weapons).

Are there any drawbacks?

However, the game has some drawbacks, such as a lack of multiplayer support, lower quality of graphics compared to other games released at its time, poor AI system, which makes it difficult for players to interact with non-player characters, and no automatic save in the mid-play.

This game is a first-person shooter with a focus on stealth and strategy. It has an exciting story and challenging gameplay that makes it fun to play. However, the game lacks multiplayer support and an automatic save function which can be frustrating for some players. 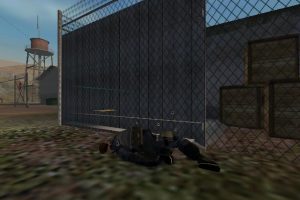 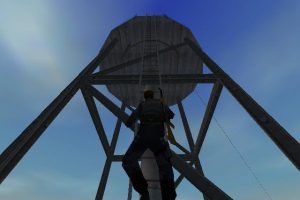