By Hexagon (Free to try)
Version: 2012
Clean
This file has been scanned with VirusTotal using more than 70 different antivirus software products and no threats have been detected. It's very likely that this software is clean and safe for use.
View full report in
VirusTotal
SHA256:

By Hexagon (Free to try)
Rating
4.5
Download for Windows
Advertisement

MSC. Patran is an interactive software product with open architecture, providing integration of the automated systems of design, modeling, analysis, and evaluation of the calculation results.

The use of MSC.Patran in combination with the other MSC.Software products allow you to reach the highest efficiency in estimating the operability and optimality of the product design during its development, manufacturing, and operation before the prototypes are produced and tested. This program is available for Windows, so that we will tell you more about it.

MSC.Patran for Windows has advanced tools for generating finite element meshes, giving this process a degree of flexibility and automation that was unattainable. Loading and boundary conditions can be linked to geometric and limited element categories. Advanced visualization tools (including isosurfaces) help speed up and improve the quality of the calculation results analysis — the MSC's controlled graphical interface. Patran and the interactive help system provide high efficiency and convenience working with this software product.

How does this software work?

The MSC.Patran software has a Patran Command Language (PCL) that allows you to adapt the functions and interface of the software to specific user requirements.

When preparing a finite element model, the MSC.Mvision digital information system can be used to specify material properties and MSC.Patran has a direct interface to it.

MSC.Patran is used not only to work with the calculation of the MSC.Software company. It is also integrated at a high level with the analysis systems of many famous firms. Program interfaces for many "solver" programs can be ordered in MSC.Software. Independent development companies also offer them.

MSC.Patran has the following features:

MSC.Patran for Windows has a user-friendly and intuitive interface that includes the following:

MSC.Patran for Windows has extensive possibilities for geometric modeling. They include: 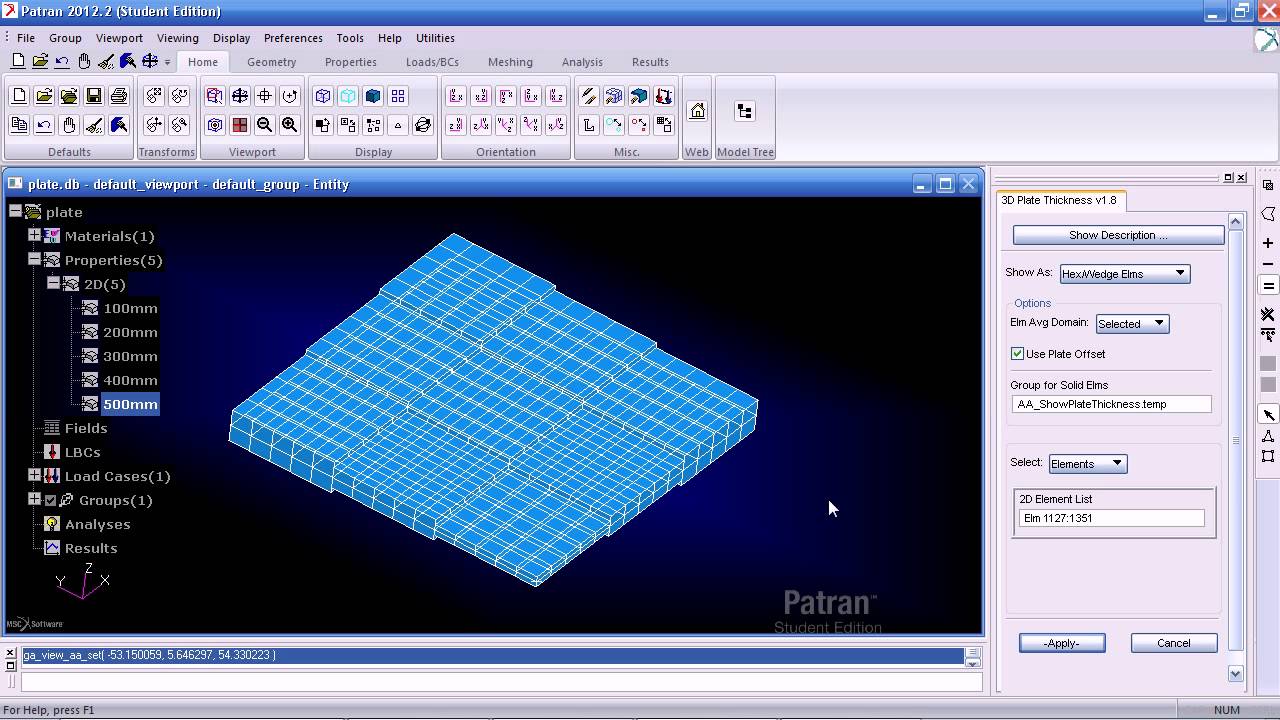