By Microsoft Corporation (Free to try)
Version: 2022
Clean
This file has been scanned with VirusTotal using more than 70 different antivirus software products and no threats have been detected. It's very likely that this software is clean and safe for use.
View full report in
VirusTotal
SHA256: 14fe35fa35c305b03032a885ff3ebefaf88fce5051ee84183d4c5de75783339e

Create the entire reality on your PC

A notepad is enough to design software, but programmers usually use different development environments because writing code becomes much more accessible. A notepad doesn't tell you where there are typos in the code or what method calls are available in a specific part of the code, etc. IDE (Integrated Development Environment) is a set of software tools for software development. The most famous IDE is Microsoft Visual Studio, and we will tell you about it.

Microsoft Visual Studio for Windows, being a typical IDE, is a text editor with syntax highlighting and various features for programmers. There are several versions of Visual Studio: Community, Enterprise, and Professional. They differ in some of the provided capabilities, but regardless of the performance, you can write programs in any of them. The community version is often enough for novice programmers to learn programming languages.

The program has a user-friendly interface (all Microsoft programs are famous for it) where each element is located in its place and performs a particular function. On the start page, you can do the following: open existing projects, folders, etc., run the last opened project the user was working with, and create a new project. A project is a minimum unit of compilation.

Microsoft Visual Studio for Windows allows you to create different projects to specify the type of the future application at the beginning. As a rule, novice programmers create a Console App to get acquainted with their chosen programming language. The project creation interface consists of the following elements:

In turn, the project description includes the following elements:

Opened panels can be fixed and hidden.

Microsoft Visual Studio for Windows supports two compilation modes: Debug and Release. When compiling a program in Debug mode, a .exe file is created without some elements necessary to launch it. It borrows them from Visual Studio. Projects compiled in this mode can be run only on computers with Visual Studio installed. The second mode also creates a startup file but doesn't depend on Visual Studio. You need to install additional compilation settings if you have several projects in your solution. However, you can do it in the standard settings of the program without downloading and installing anything additional. 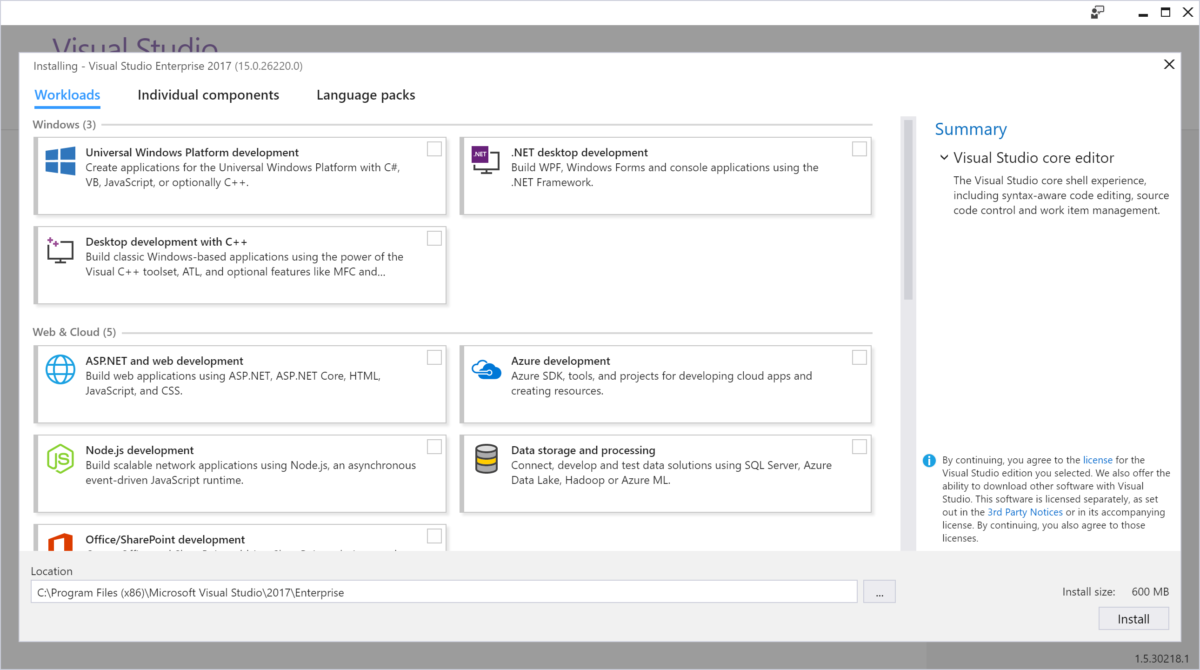 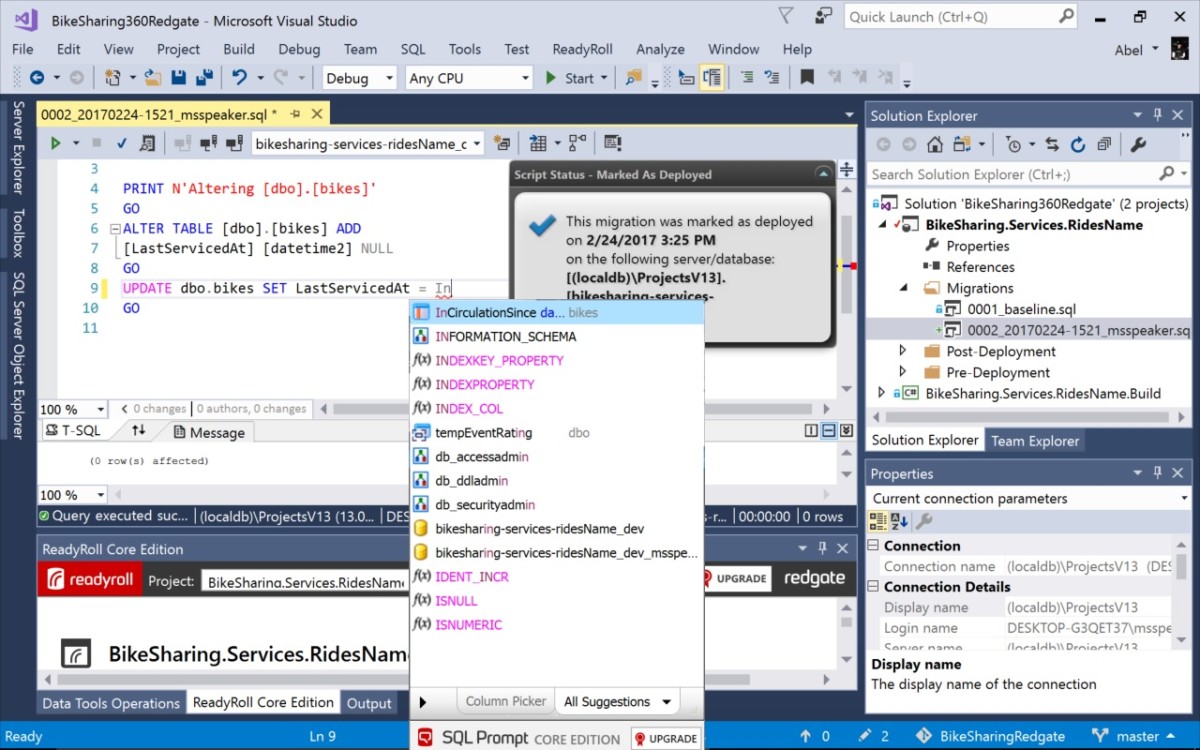 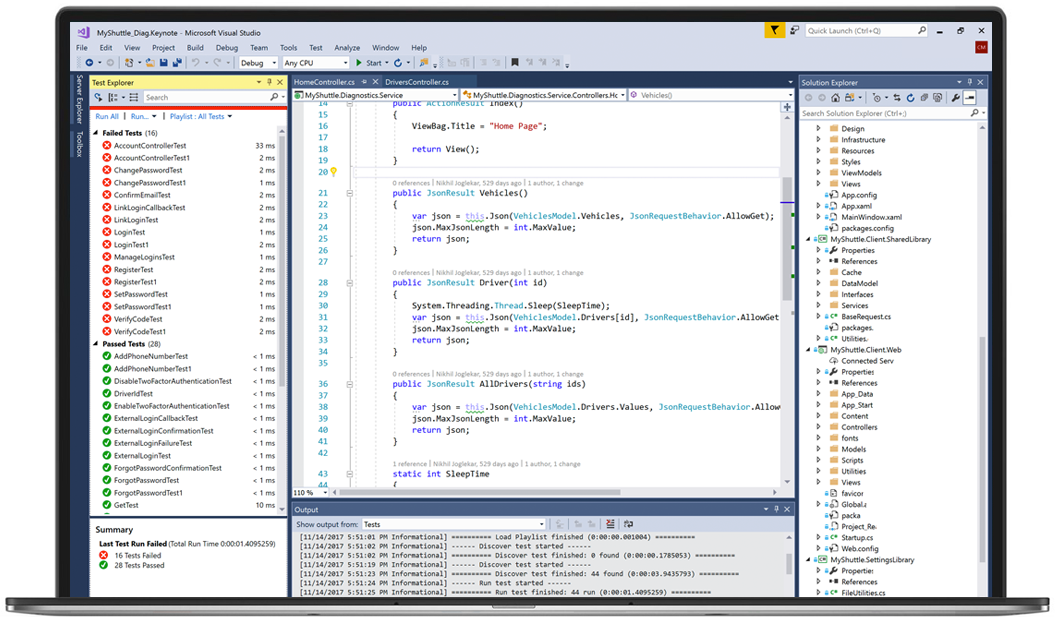 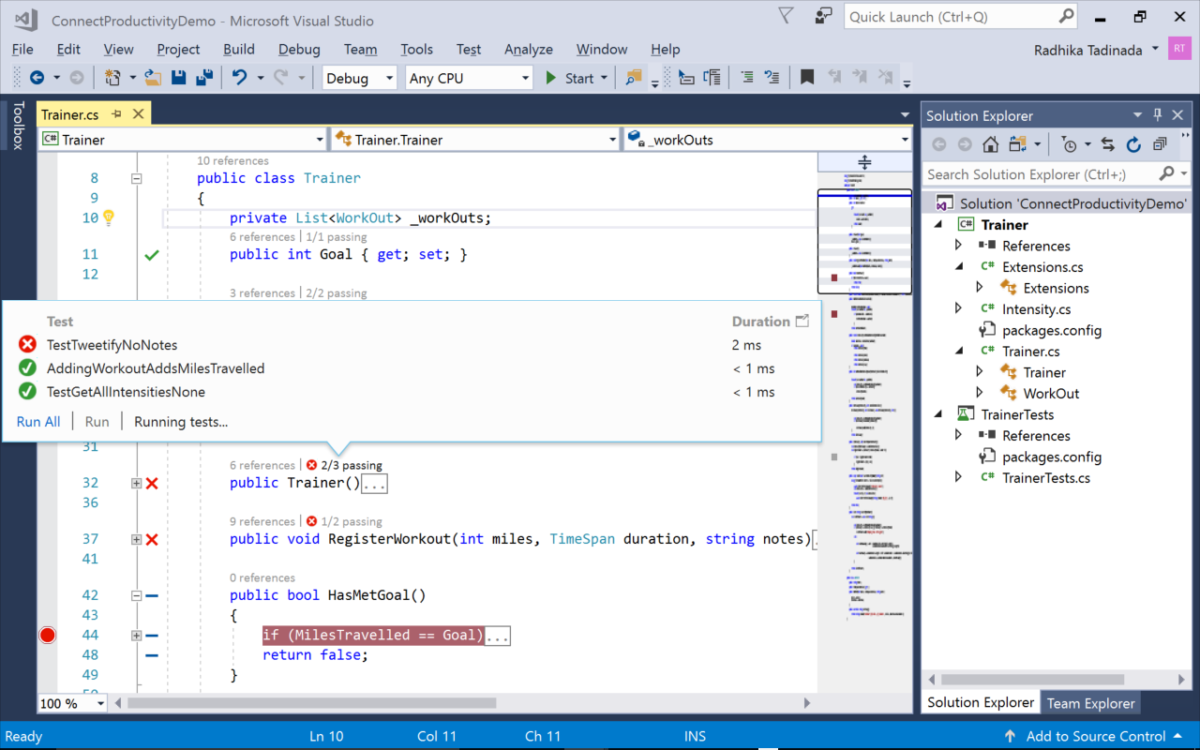 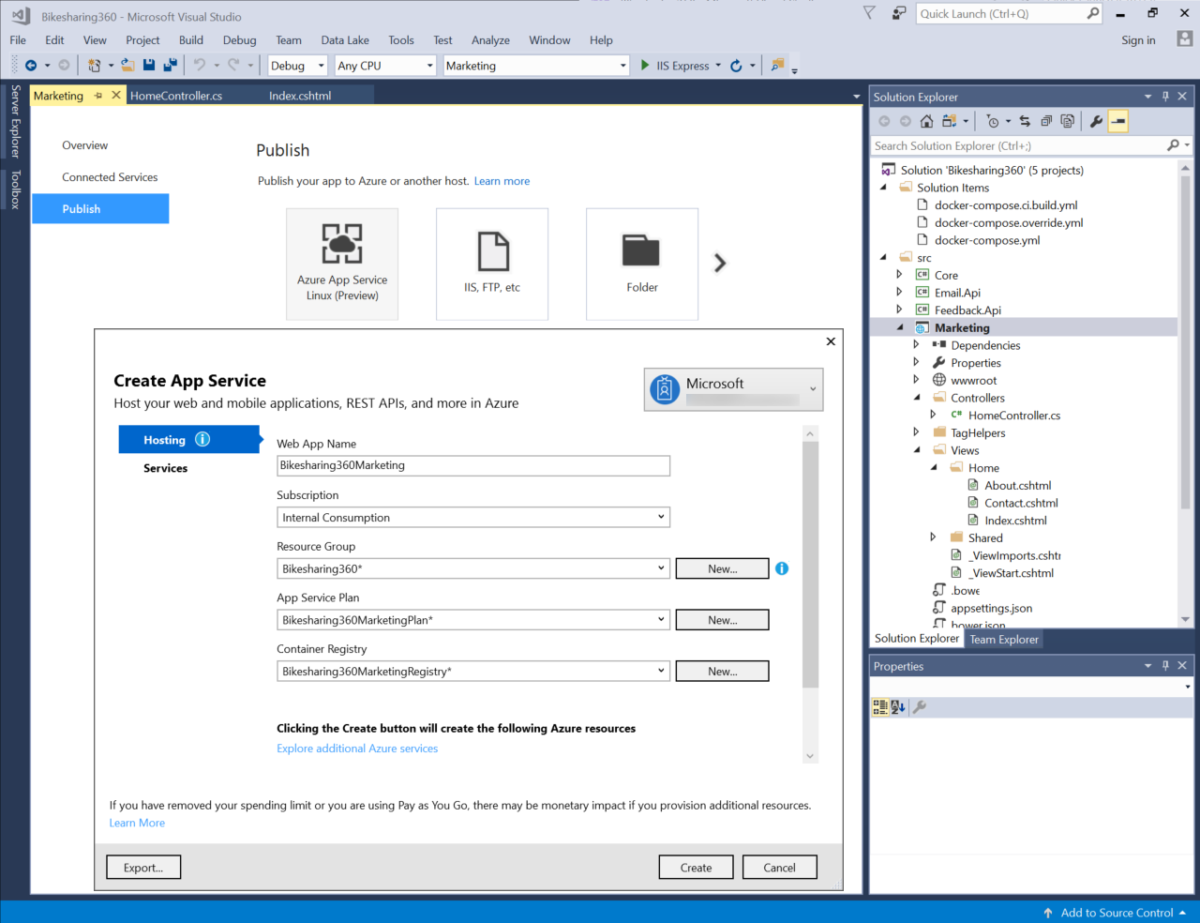 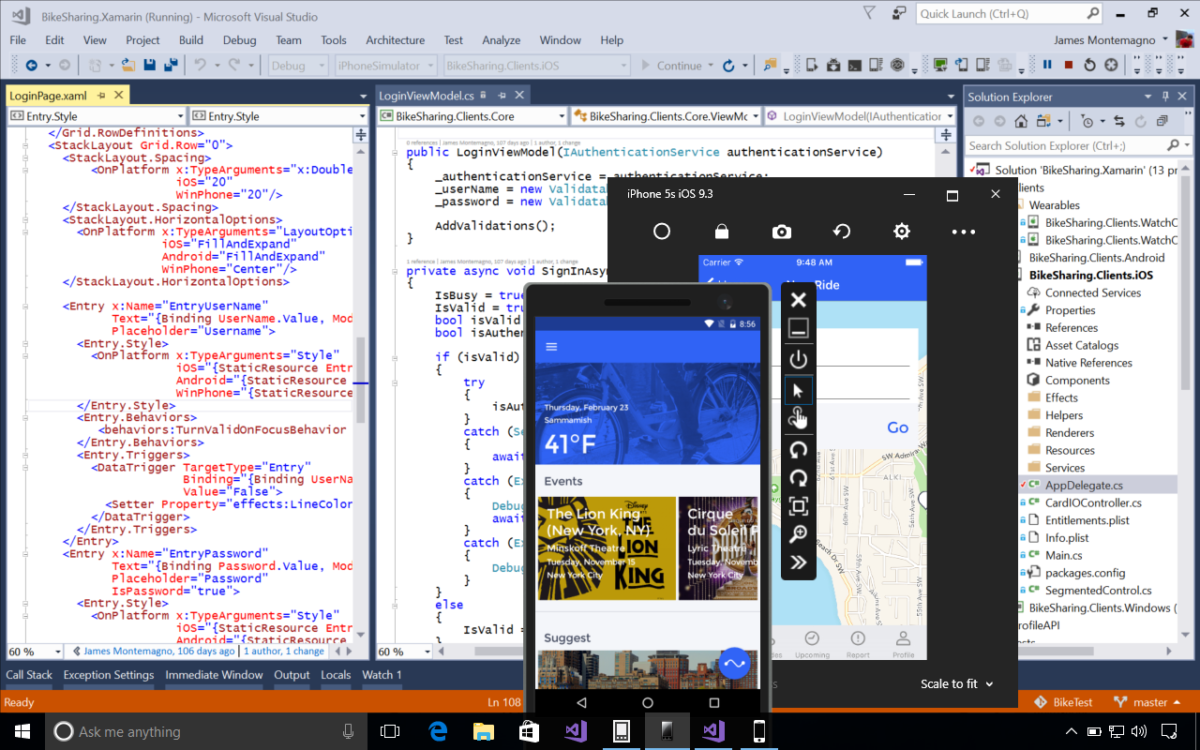 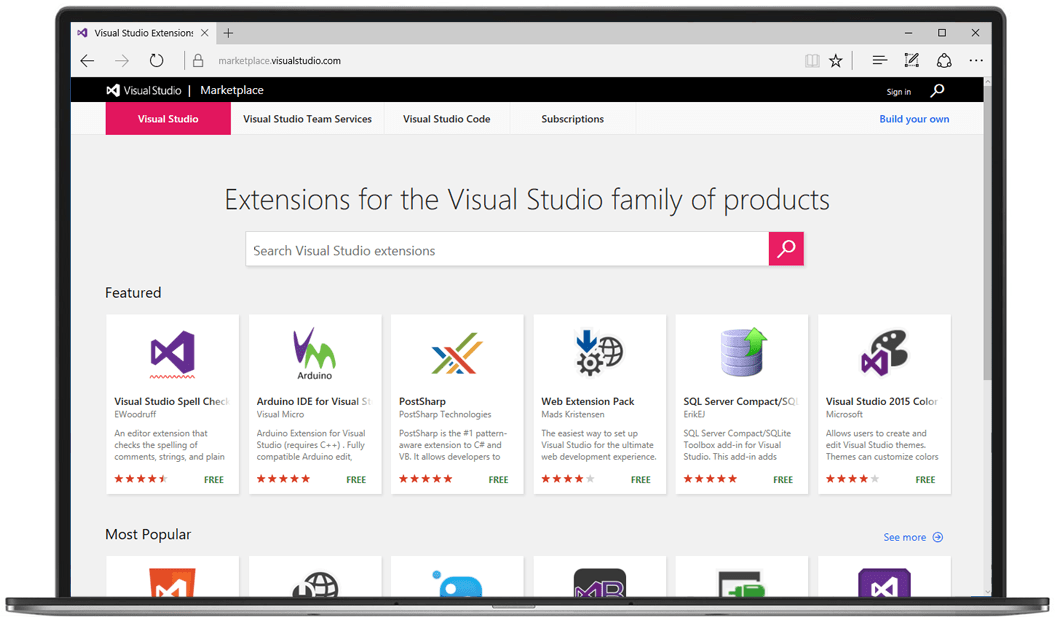 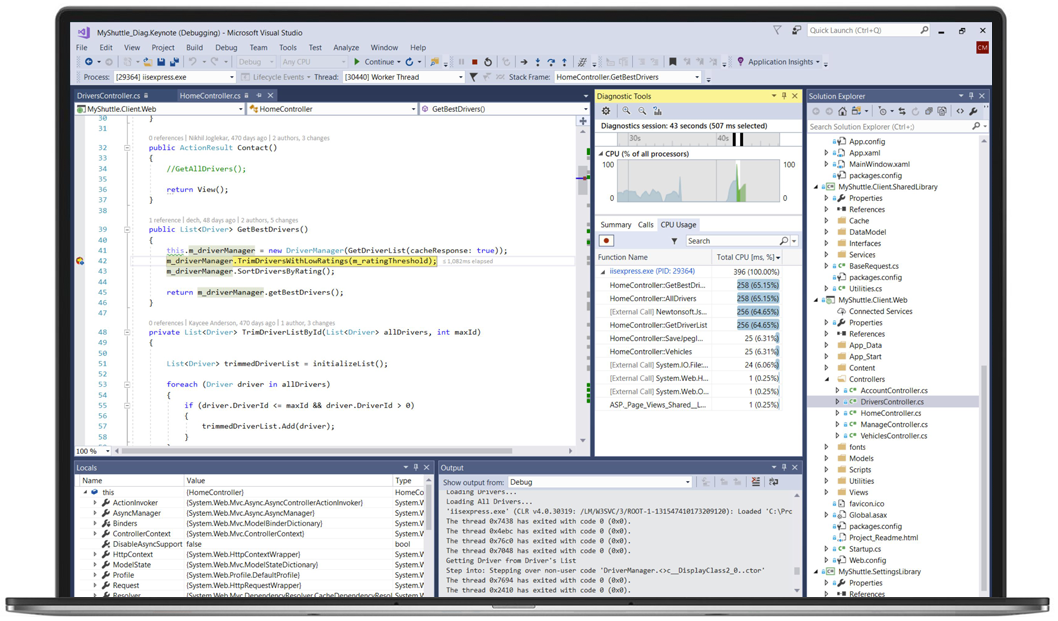 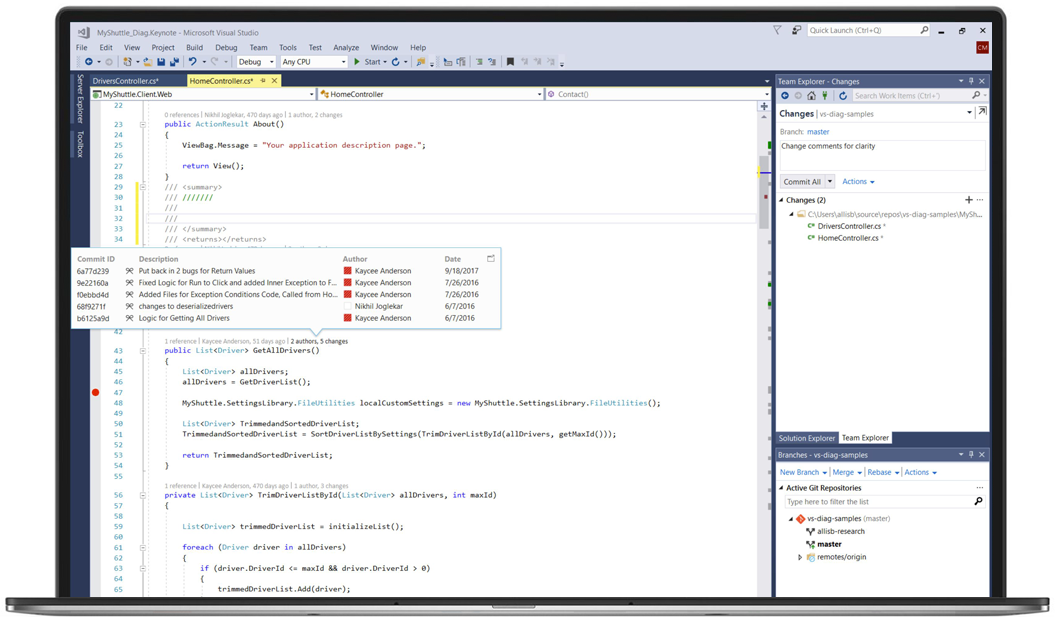