By Microsoft Corporation (Free)
Version: 1.68.1
Clean
This file has been scanned with VirusTotal using more than 70 different antivirus software products and no threats have been detected. It's very likely that this software is clean and safe for use.
View full report in
VirusTotal
SHA256: 34ab4f6740e105cfac50e14ec3d2a4d97248325f33351b98f4dd2ac08b594cfa

Microsoft Visual Studio Code for Mac is a cross-platform application that supports syntax in many different programming languages.

Microsoft's Visual Studio Code provides the user with support for various coding languages such as HTML, CSS, JavaScript, variants of C, Java, SQL, PHO, Ruby, Visual Basic, JSON, and so on. The application has highlighting, auto-indentation, snippets, and auto-completion.

The app focuses on flexibility and simplicity to ensure cross-platform compatibility. 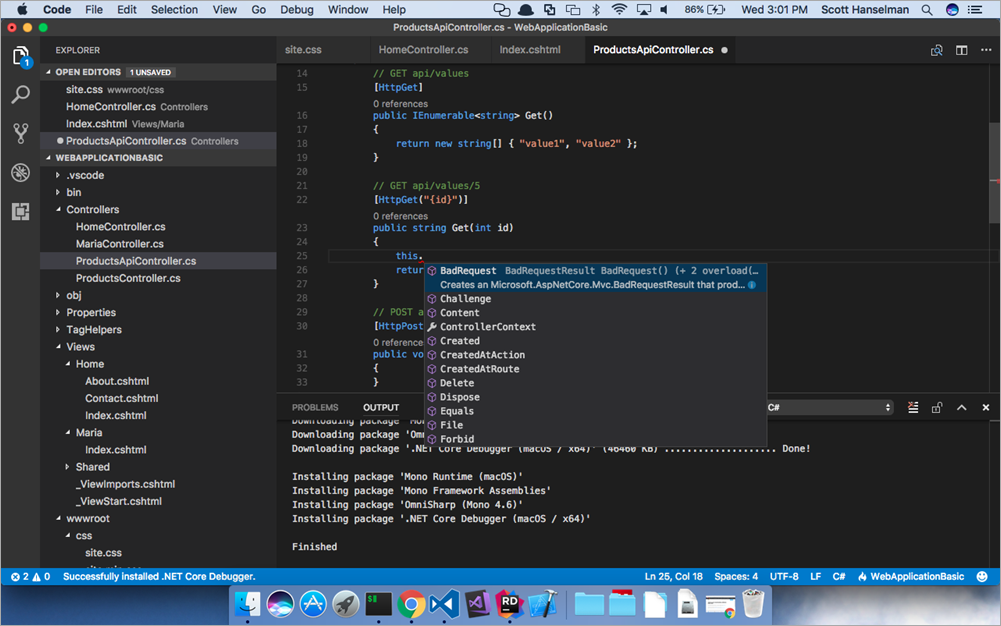 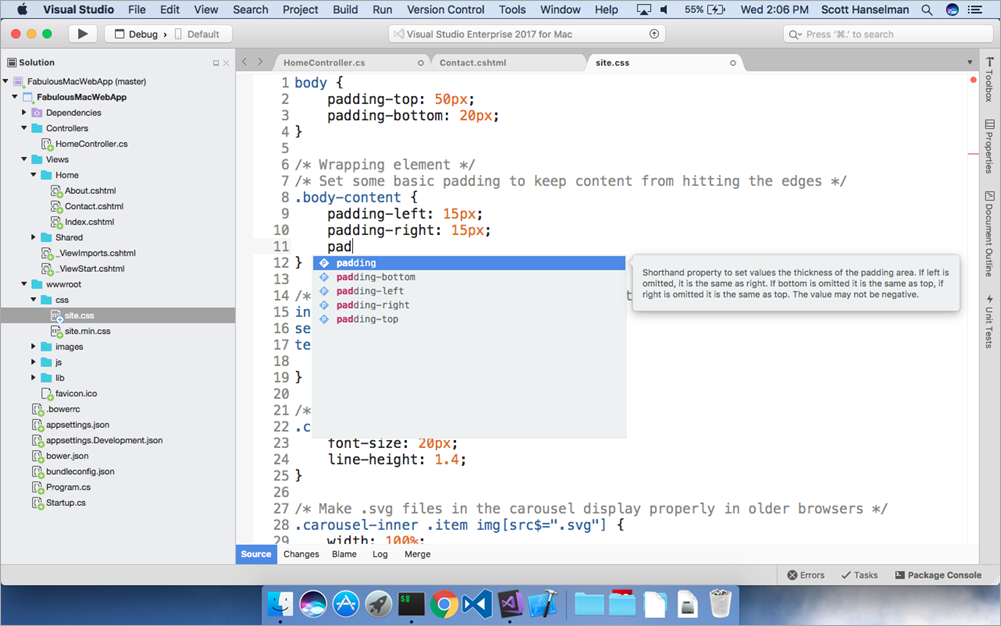