By Crystal Dynamics (Free to try)
Version: 1.2
Clean
This file has been scanned with VirusTotal using more than 70 different antivirus software products and no threats have been detected. It's very likely that this software is clean and safe for use.
View full report in
VirusTotal
SHA256:

The return of the legendary Lara Croft

Tomb Raider is a cult series of games and the ancestor of the third-person shooter genre. It has considerably influenced the development of this genre. The eternal protagonist of the game, Lara Croft, remains one of the most recognizable symbols of game culture. We will tell you more about this game.

Rethinking the personality of the protagonist

The first Tomb Raider for Mac of 1996 from the Core Design studio was a real phenomenon in the game industry. An action-adventure storyline where not an over-muscled macho but a fragile-looking lady, quickly moving the rocks and fighting enemies with her rifle, is the central character became a natural sensation.

Tomb Raider of 2013 was the studio's attempt to rethink the franchise, give it new life, and turn the concept upside down. Lara was the primary point of review: the image of the femme fatale and brave treasure hunter was redesigned. Instead, there is a fresh concept of the main character: Lara is now fragile, feminine, and maximally unprotected.

However, this does not mean we will never see Lara Croft, as everyone knows and remembers her. New Tomb Raider is an attempt to tell how the famous tomb raider became powerful, decisive, and strong-willed. This is the story of the transformation of an inexperienced child into Lara Croft, who won the hearts of millions in 1996. The developers solved this task at a high level.

The story begins when the ship where young and inexperienced archaeologist Lara Croft and her team sail to the Dragon's Triangle to solve the mystery of the mythical Empress Himiko crashes. The developers immediately let players know there would be no handouts and endless luck this time, unlike in previous games.

Lara gets ashore and sees the members of the ship's crew who managed to escape. It seems that a reality show in the best traditions of "Lost" begins, but it does not. An unknown person stuns the lady, and she loses consciousness.

After waking up, Lara finds herself suspended by the legs in the middle of a mysterious cave filled with burning candles and painted with ritualistic inscriptions. This is where the most exciting events begin. Crystal Dynamics announced that the emphasis in the new game is not on the action but on the main character's drama, feelings, and experiences.

Lara has to face various dangers on the way to freedom: she falls, bumps, burns, get attacked, and even pierces her body with a rusty rod before getting out of this miserable place and finding herself on a cliff where she sees a magnificent but horrifying picture: dozens of crashed ships and debris, nailed to the coast by relentless waves. Lara, breathing heavily, gradually recovers from the shock. "Tomb Raider" slowly pops up in the corner of the screen. Players realize that all this time, they have seen a demo version of what the poor girl will face next.

In early previews of Tomb Raider for Mac, the developers promised to give gamers a vast island with open areas to explore. They have partially delivered on their promise. The game starts when the player gets to their first camp, set up under a cliff. The base will be a place to rest after all the adventures and a station where you can improve weapons and distribute skills. Now the game has a full-fledged ability tree, represented by three branches: "Brawler," "Hunter," and "Fighter."

"Brawler" perks will help Lara feel her prey better, collect ammunition from enemies and animals, and find more spare parts in the crates. "Hunter" abilities will allow you to carry more ammunition and get more experience for the killed enemies. The "Fighter" upgrade will help Lara to dodge enemy attacks better and inflict additional damage with the ice pick.

In Tomb Raider for Mac, you can make numerous modifications to your equipment. Parts for modifications are scattered around the island. Moreover, the "Bone Collector" perk allows you to get details for upgrades even from the bodies of killed enemies; in the case of the bow, the fire and damage rate increases. Firearms have an increased magazine and reduced recoil. Some improvements have several levels.

You can apply all these improvements in this vast world. The developers worked hard, creating a big island called Yamatai, with dozens of locations. Each is detailed and populated by big and small animals to hunt. You should carefully get to most animals at shooting distance because if you scare off a small prey like a hare, it will be complicated to hit it with a bow.

It is difficult to imagine Tomb Raider without quizzes and artifacts. Lara has to climb ledges and rocks and wade through underground rivers to get to the hidden places and tombs. To entertain the player, the developers scattered documents, notes, and mini-tasks to help them find out the storyline of the game on the map. Mini tasks are different for each place. For example, you must destroy ten totems in the forest, light a fire on ten statues, and steal the eggs from five bird nests in the mountain village.

Each location has a very complex and confusing design, and finding the necessary items in the surroundings can be challenging. Crystal Dynamics gave Miss Croft the so-called "survival instinct" for this case. This ability helps to highlight important objects and find hidden treasures. This ability is very cheating, but it is helpful simultaneously because it would be almost impossible to find small things, such as a bone amulet, among the many trees in the forest without it.

Many franchise fans were worried about the game's graphical component, especially on Macs. Fortunately, Crystal Dynamics announced before the release that Tomb Raider for Mac has improved graphics and all the necessary modern technologies, such as tessellation and volumetric highlighting.

There are many graphics settings in Tomb Raider. The maximum settings provide a perfect picture without the unpleasant imprints of the current generation of consoles. The TressFX technology, presented by AMD, deserves special mention. However, it was the most demanding of the system's resources.

As for the design of the project, the developers have done a great job. The game is full of moments of solitude with nature when Lara goes out on some cliff, with a beautiful view of the coastal cliffs and waves crashing against them, or when she wanders into the woods, surrounding herself with wild animals and tall trees with dense foliage. All this, combined with the non-linearity of the locations, makes the game very interesting to explore. 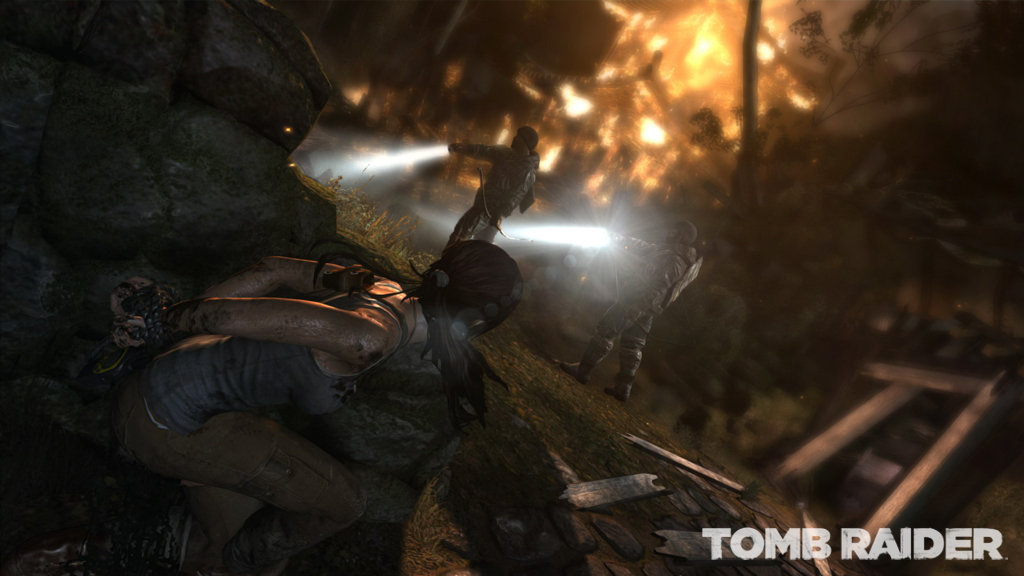 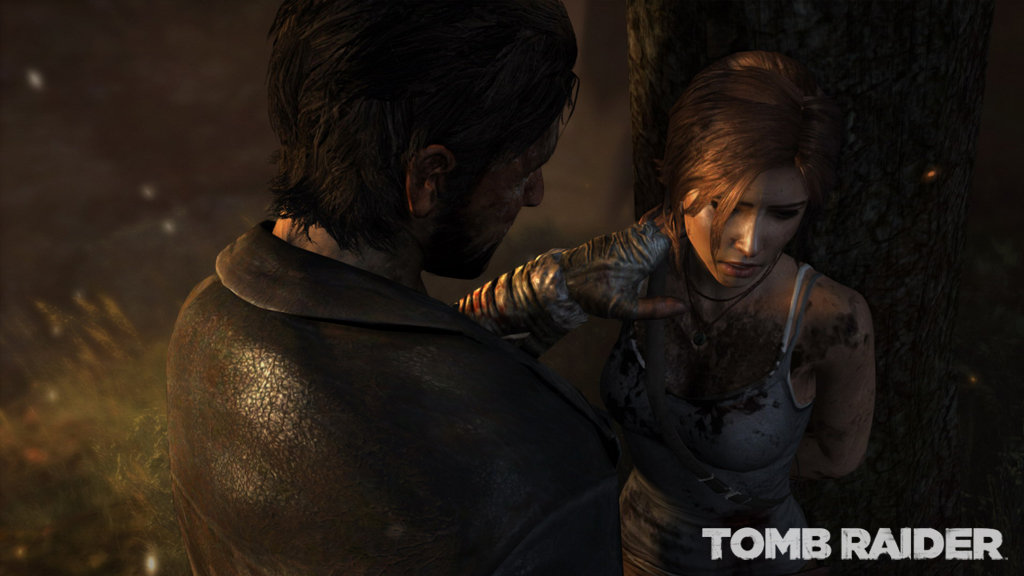 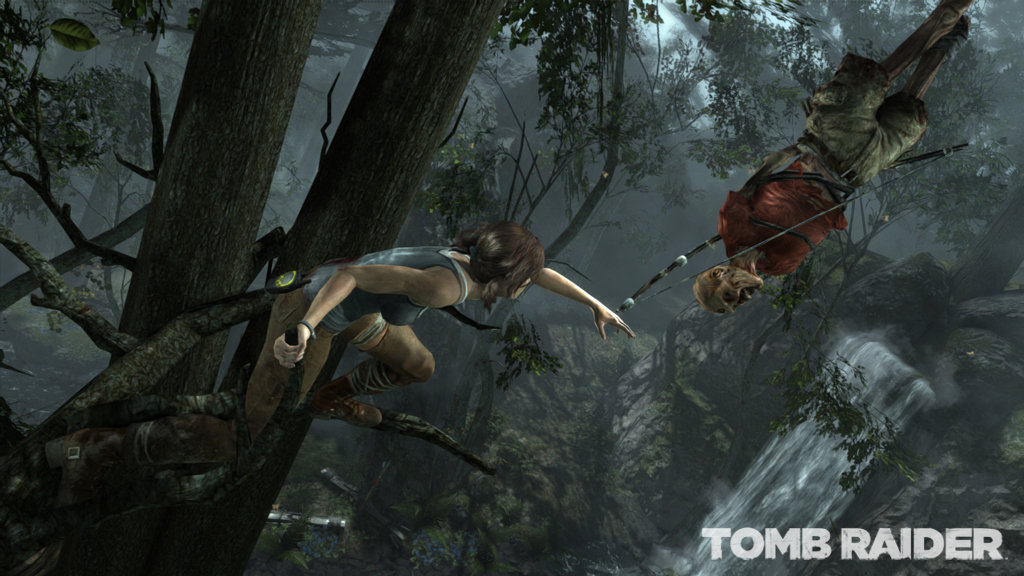 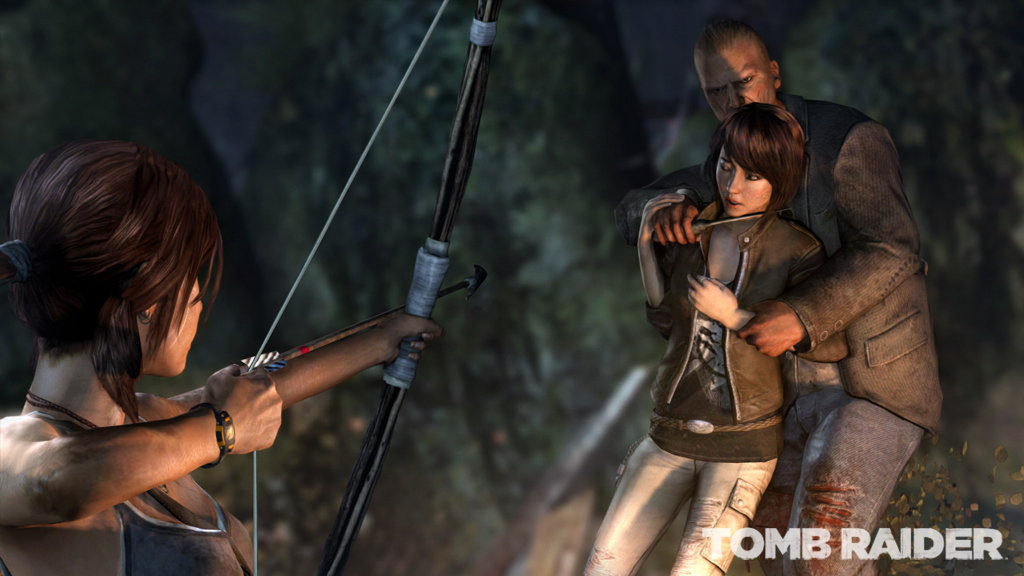 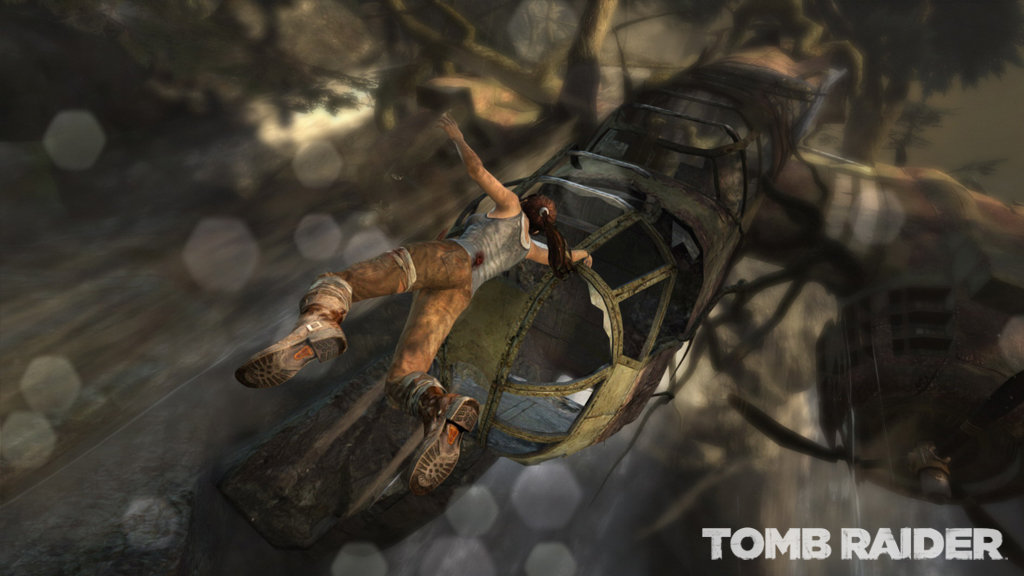