By Epic Games (Free)
Version: 12.1.1
Clean
This file has been scanned with VirusTotal using more than 70 different antivirus software products and no threats have been detected. It's very likely that this software is clean and safe for use.
View full report in
VirusTotal
SHA256: eba69528aa4ecfcf5f8d1c3dd581434fe59bb567b6f82bfbe936c7952f56dfd3

A valuable application for launching games

Epic Games Launcher is an application for launching games developed or published by Epic Games. Among the projects, this program can launch Paragon, Fortnite, Unreal Tournament, ARK, Shadow Complex, etc. You can download any of them directly from the Launcher. The program also allows you to download updates and manage the status of your account. An account can be created when you first run the application. The program is multiplatform and can be run on Mac devices. We will tell you about it.

The structure of Epic Games Launcher for Mac is a bit like Blizzard's Battle.net application. They both can install, launch, and update games and be a kind of "social client" for gaming communities. The program has a single account and a list of friends. You can invite friends on the list to play any games available on Epic Games Launcher together. As with Blizzard, users get rewards for participating in beta testing or purchasing a new game with excellent bonuses in other projectsз. These bonuses are usually unique game items or other things. The Launcher also displays the latest news about Epic Games company and its games. In addition to games, Epic Games Launcher is a social hub for professionals and enthusiasts involved in developing Unreal Engine games. The app even has a store where developers sell textures, models, and other digital goods. 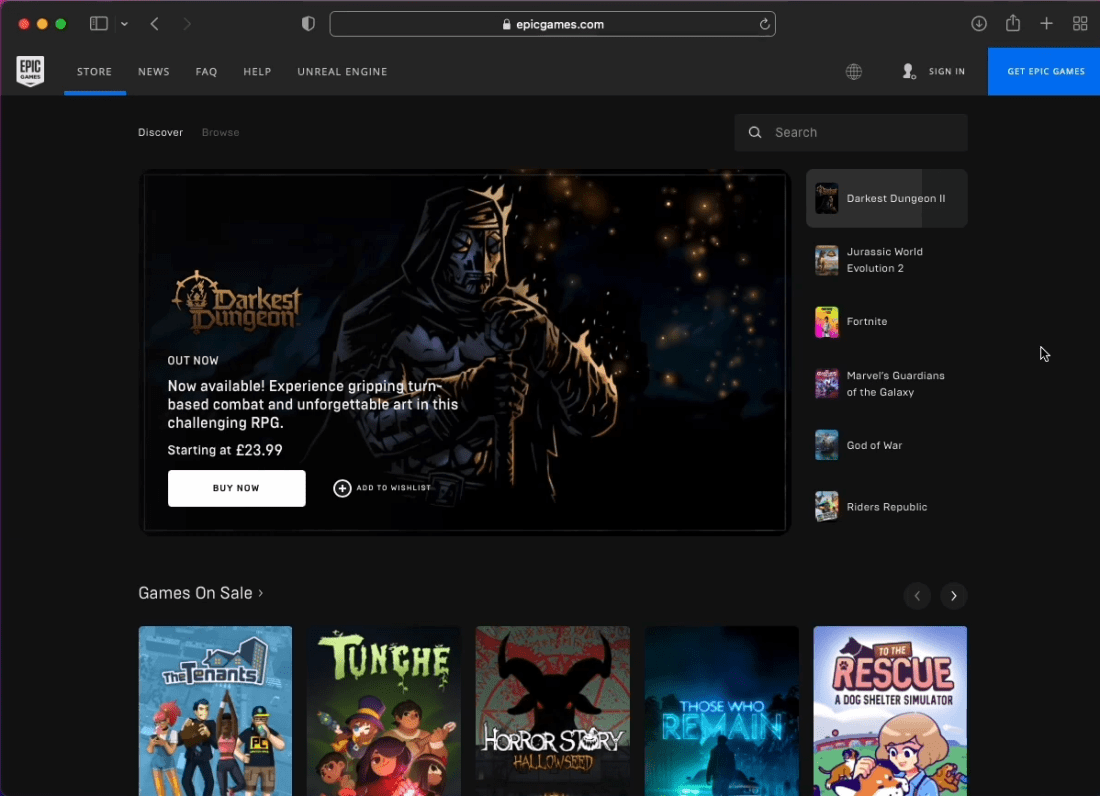