By SEGA (Free to try)
Version: 11.3.0
Clean
This file has been scanned with VirusTotal using more than 70 different antivirus software products and no threats have been detected. It's very likely that this software is clean and safe for use.
View full report in
VirusTotal
SHA256:

By SEGA (Free to try)
Rating
4.7
Download for iOS
Advertisement

When football is more business than sport

Football Manager 2020 for iOS is a new part of a football club manager simulator where players can find more than two thousand real-life football clubs, half a million real players, and all the possibilities to make one of the clubs take its place on football Olympus. We will tell you what this game is and what it can offer you.

The Football Manager series is the closest to realism in football processes and on the field. Other similar games still cannot catch up with this game to a high-quality simulation of a football match, while the developers have been gradually improving the graphics and animation of the players and adding the spectacle within the football arenas.

Football Manager for iOS still has not reached the high-quality graphics but watching the battles of your favorite teams has become even more enjoyable. The motion of the virtual players has become smoother, their "woodenness" remains, but the progress is visible. At certain camera angles, you notice the truthfulness in the motion of the players, and their effort to achieve the result makes you drag yourself into the game more and more. Despite the outdated textures, you can see falls, emotions, goals, and tears.

But all of this would not have happened without the reaction of the fans. Their hubbub or lull (if the result is terrible) and various weather conditions add more advantages to a 3D match. Sports Interactive could do what other football simulation creators cannot. They created a unique atmosphere of a football spectacle with its emotionality on and off the field.

Here referees can overlook a vital episode, a player can make a mistake and give the championship to the opposite team, and blunders in one-on-one situations or goals from offside make you want to scream. Football Manager 2020 for iOS has changed from the last part: goals from long kicks or after defense-splitting passes are in trend. Goalkeepers are now better at reacting, kicking, and moving toward the ball due to new statistical parameters for evaluating their actions. There is more logic in goalkeepers' actions because the numbers in their profiles now have more influence on their behavior on the field, and their mistakes can now be worked on in training.

Modern football has become more thoughtful in the legal and financial aspects, and trainers have become managers responsible for the field process. This trend has been developed for years, and Football Manager is trying to keep up with the times. You can't make match-fixing or perform financial scams in the new part, but the amount of work has increased.

Previously, players were disappointed with the limited influence on the club's policy, players' contracts, and work with young people in Football Match. The developers have heard fans' complaints and added a few excellent features to their brainchild. Now you can set the status and the time you can give players on the field in the labor contract. This solves the problem of players' complaints about the number of minutes they play.

The problem with unclear guidelines for the future of the team is also solved. Before every season, there is an opportunity to discuss plans for the club's development for the years ahead and to set specific local and long-term goals. You can argue with the president and defend your point of view in the debate on "How should we move forward?". As a result of long conversations, arguments, and compromises, you get a concrete plan for a season that several characteristics will evaluate at once. According to them, you can stay at the club or not.

Football Manager 2020 for iOS has taken a vital step toward the economics of real football. There are more numbers, tablets, and points of contact with the inner world of a football club, but the gameplay has not become much more complicated; it has become more logical. If you have any questions, there is Training in real time to help you not to make mistakes or make the right decision.

The old problems of the new game

It would seem that everything in the new part of Football Manager is perfect, the game has become better and more exciting, and nothing can spoil the impression of it. But one drop of poison infects the whole tun of wine, and Football Manager 2020 is no exception to this rule. All the problems in the game move from one part to another, spoiling the gameplay.

In football matches, goals are still scored easily, and players, from goalkeepers to strikers, often make mistakes. Penalties and corners are the main problems of the entire series.

While the club's management is performed without severe troubles, the players' behavior outside the football stadium may be problematic.

Although not all the problems of the old versions are fixed, the Football Manager for the iOS series is constantly improving. The game will surely please all those who love football and want to consider this popular sport from a business perspective. 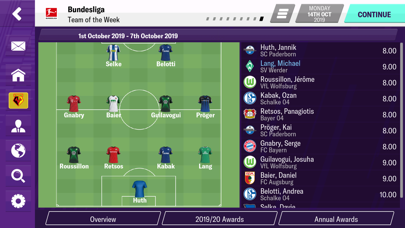 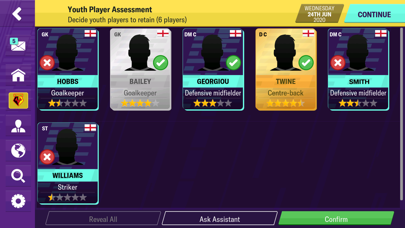 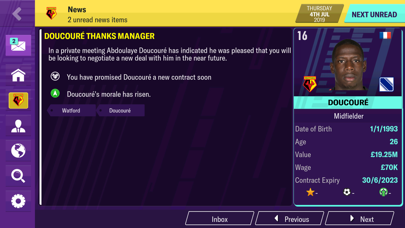 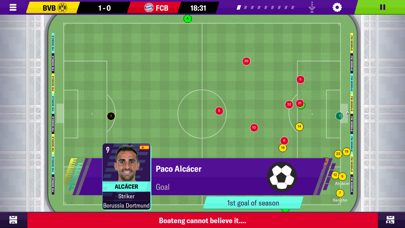 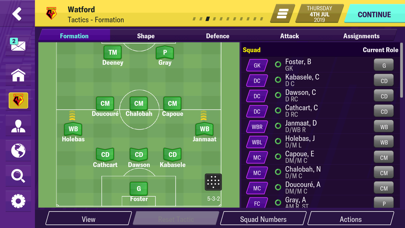 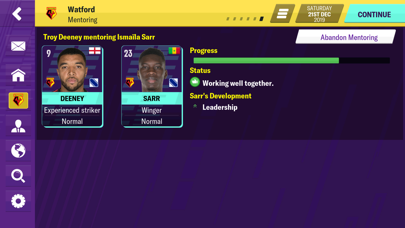 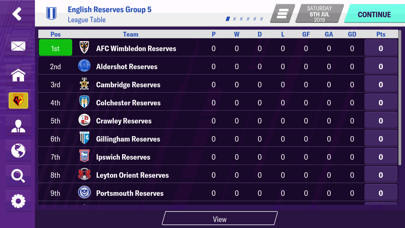 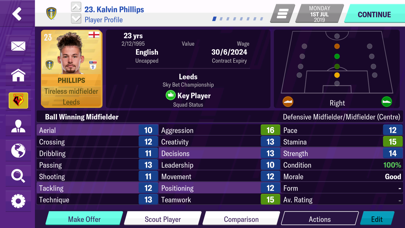 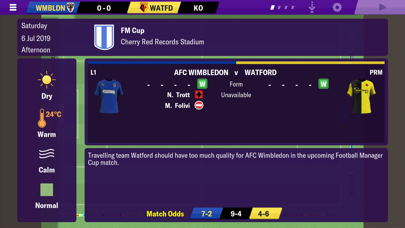 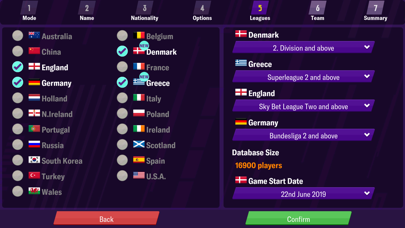