Version: 79
Clean
This file has been scanned with VirusTotal using more than 70 different antivirus software products and no threats have been detected. It's very likely that this software is clean and safe for use.
View full report in
VirusTotal
SHA256:

An immortal classic from the game world

Half-Life 2 is the long-awaited sequel to the cult shooter with the highest possible rating by leading gaming publications. From 2020, every user of an Android device can enjoy this game. The gameplay of the mobile version fully complies with the original on the PC. The users can pass missions, explore the city, destroy the alliance soldiers one by one, and capture the necessary objects. We will tell you more about this immortal game classic.

Gordon Freeman is awakened by a mysterious G-Man, hinting at great things to come again. Moments later, Freeman is already inside a train bound for City 17, controlled by a totalitarian power headed by Wallace Breen. Freeman has a long way to go from a train station of City 17, the Alliance capital on Earth, to his friends in Black Mesa, stationed far outside the city. Freeman's goal varies each time, but as a result, he makes the rebels strike a decisive blow at the alien invaders.

Gamers have to take the side of the resistance. The primary task is to sneak into the Citadel and plant a bomb to destroy the center of the Alliance. To accomplish this task, you must capture objects and exterminate the enemy using various weapons. You can use traditional pistols, assault rifles, and futuristic weapons like the Gravity Gun.

The gameplay of the game is considered a role model for the development of most shooters. You will roam through huge locations, collect weapons and ammo, fight enemies of all sorts and types, drive around the areas by car, kill the enemy with the crowbar or long-range weapon, and so on. The second part is very different from its predecessor, especially in physics. Moreover, most physical puzzles are now based on realistic physics. Even the usual stacking of crates has been replaced by the real simulation of the laws of physics, and the game world has been transformed.

Weapons in Half-Life 2 deserve a special mention. Shooters were usually limited by a dozen weapons familiar to everyone, but Half-Life 2 is far ahead in this regard. Do you want to blow your enemy's brain out with an ordinary pistol? Easy. Want to shoot them with a high-powered gun or a grenade launcher? You are welcome. And the famous crowbar, the symbol of Gordon Freeman, is not even worth mentioning. If you never played this true classic for some reason, you will be amazed by the quality of this game, despite it being released several years ago.

In addition to everything else, you will get an endless world. In the past, first-person shooters had just linear and corridor-like locations, but the release of Half-Life 2 has changed it. Huge locations, beautiful scenery, invaded world, vehicles, and unbelievable scale of the environment are waiting for you.

Not NPCs, but personalities

All characters are memorable, and their facial animations are still outstanding (not all modern games can boast of that). After the second playthrough, you will already remember what someone's name is, what someone looks like, and even some interesting dialogues between the characters. While the first Half-Life couldn't boast such vivid characters, the second part has succeeded in this. All the positive characters impress the player because the developers tried as much on their charisma as on the physics and graphics.

Why is this game so good?

Half-Life 2 for Android is a true classic, teaching you how to survive and fight to the end in every possible way. The twisted plot and unexpected turns of events are just a small part of what awaits the player in this masterpiece shooter for all time. Physics deserves rave reviews because all the objects behave plausibly and do not break into tiny pieces at the slightest touch.

We should also mention the excellent graphics and the quality detailing of the minor things. Everything you interact with changes its shape. The developers also changed your enemies' behavior: they will no longer run straight ahead due to perfectly engineered artificial intelligence. They will begin to hide, act together, use the surrounding objects, pick up weapons, bypass the rear, and much more. 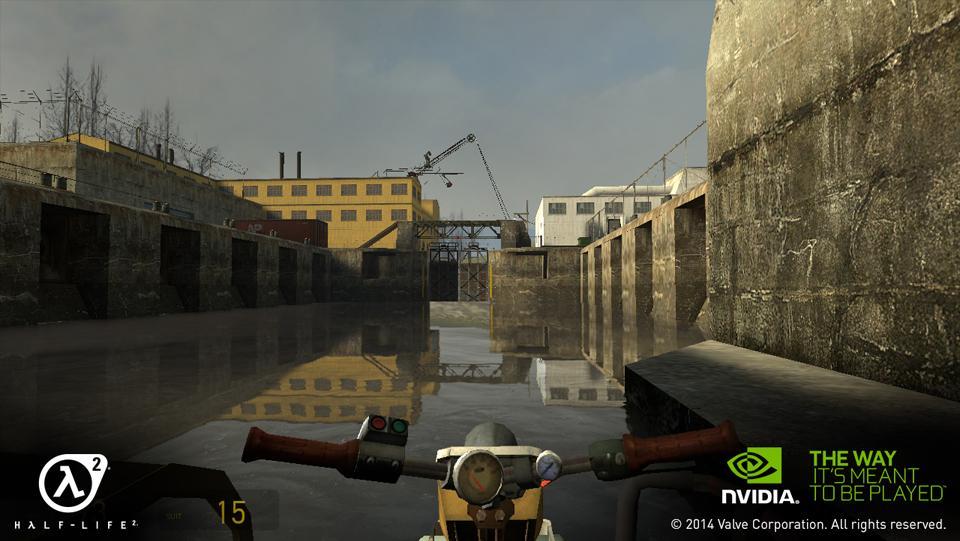 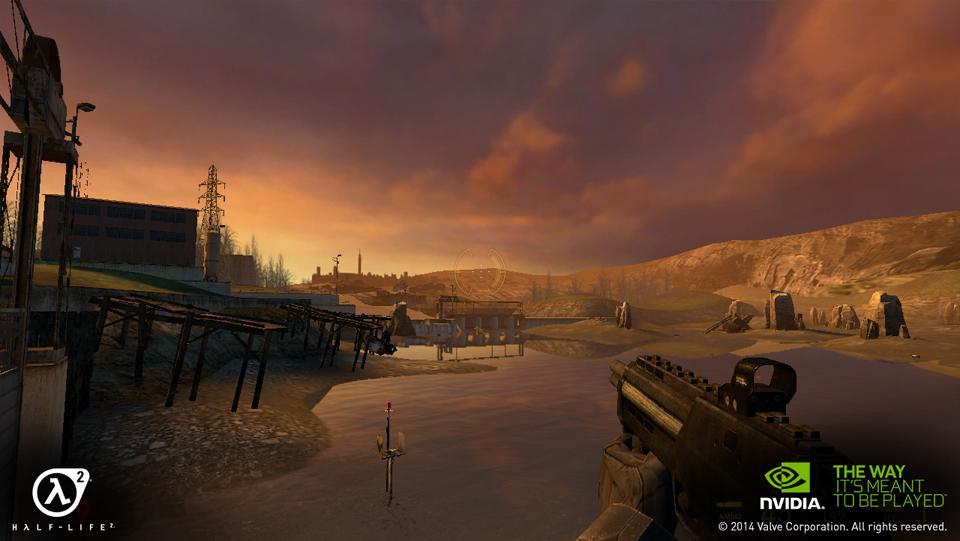