Version: 1.6.4
Clean
This file has been scanned with VirusTotal using more than 70 different antivirus software products and no threats have been detected. It's very likely that this software is clean and safe for use.
View full report in
VirusTotal
SHA256: 24abd0d1855cf0446a928aab7b56b3d9e7cce6ae93e4ea1878f9a4b0e964ff26

What is GOM Player?

GOM Player is a free multimedia application from GOM Lab. The application is an alternative media player presented on mobile devices. It has a wide range of compatibility for video formats while at the same time including customization and additional utilities. GOM Player offers convenience when playing video files from mobile devices, similar to its desktop counterpart GOM Media Player.

The application has a very intuitive user interface with slide menus and video options. It works with many media formats and even video without encoding. This includes structures such as AVI, FLV, MP4, Matroska, OGG, OGM, and many more. GOM Lab is an established company in South Korea that has entered the English-speaking market to satisfy everyone.

Media files can be customized using the subtitle control while searching for a compatible codec on the Internet if the video does not start. Users can specify which video format to open automatically and the video quality for playback. They can also choose a different media player for some video formats. Some mobile devices are designed to work with paid codecs. Users can control the video speed, sections, and video progress bar. It accepts touch gestures for easier control of the video player. The video light can be adjusted for added comfort. Videos included in the favorites list can be easily played back. They can also be screenshotted with adjustable transparency during playback.

GOM Player takes full advantage of the features available only to mobile devices. It has a 360° VR feature available in YouTube videos. Users can finally immerse themselves in specially created videos. There are also advanced settings to optimize video viewing. Users can fix some technical settings, such as media player skins. The app also works with most cloud storage platforms if saving video files is too cumbersome for mobile devices. Users can upgrade to GOM Player Plus for free for smoother video playback with less buff volume in 4K resolution. GOM Player Plus also has client support for special user requests.

GOM Player is a decent video player for those who want more fun watching. They can watch shows and movies using advanced video options such as VR mode. They can also access their videos stored on cloud platforms when changing the media player shell. This multimedia tool is suitable for users who need access to VR content or access to an extensive subtitle library. The program is functional but takes some getting used to. 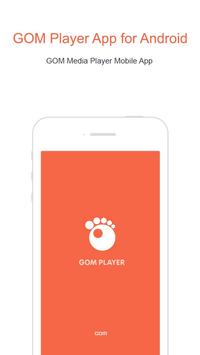