The Benchmark of Battle Royale

Fortnite for Android is the most popular example of the Battle Royale genre. It was released a few months after the great success of PUBG. Despite cartoonish graphics and not the most elaborated shooting physics, this project has earned the love of many fans in just one year. Now it is one of the most popular games on many streaming platforms.

Fortnite for Android is an open-world survival game developed by Epic Games in 2017. It has become widely popular due to the Battle Royale mode.

Fortnite was announced by Epic Games in 2011. The game created by the author of the famous Unreal Tournament immediately interested many fans of the studio. The next news about this game appeared only in 2014.

The company announced that the game would be free to play and its closed alpha version would be available in December. The closed beta version appeared on Apple computers in 2015. In 2017, the game appeared in early access, and any player could download Fortnite for money. In August, Epic Games confirmed that more than a million people had already been playing Fortnite. The creation of Fortnite Battle Royale mode made Fortnite the most popular game of 2018.

You are transported to the not-distant past where the planet Earth suffers from a wave of cataclysms. Cyclones and storms have hit our planet and are destroying the world's population. Moreover, a virus has appeared on Earth that turns all humans into the Husk Monsters (the local equivalent of zombies).

Husks are evil entities, destroying and affecting everything in their path. To survive in these terrible conditions and save the planet from extinction, people team up in groups and work together to defend against the plague. The story is divided into missions with a certain level of difficulty. The map in the missions is divided into four regions, and the game starts in different locations each time.

Fortnite for Android is a cooperative sandbox game in the survival genre. When users first start the game, they see a character creation editor where the player can assign their character to one of four classes: ninja, constructor, outlander, or soldier. Each class has its features and a certain set of characteristics. For example, the constructor can construct buildings of enormous sizes, and the ninja is skilled in close combat.

Storylines and game modes always please users with their dynamics and the detailed surrounding world. To survive, you need to build, fortify, collect all sorts of useful resources, and fight enemies. The waves of monsters become even stronger in darkness, so it is better to prepare for the fight in the daytime. To avoid the lack of arsenal, it is better to collect weapons together with your teammates.

Explore locations, construct buildings, and strengthen them. You can create any type of buildings to any taste. First, find an area where you want to build a base. Take care of clearing the chosen location and start building. Buildings can be created using various materials, such as stone, metal, or wood. If your construction is a little different from the ideal, you can correct it.

The elaborate character system keeps players coming back to the world of Fortnite. Each character is unique with unusual "tricks" and abilities. Once you have mastered a character, you'll feel like a leader on the battlefield and you'll have no problem coming out the winner of any conflict.

Why should you play this game?

This game may seem quite simple at a first glance but various game mechanics make the gameplay much more diverse and interesting than in most similar projects.

The developers often release updates, fix the balance of arms, add cosmetics, and hold events. You can invite your friends and compete with others on the official game servers. 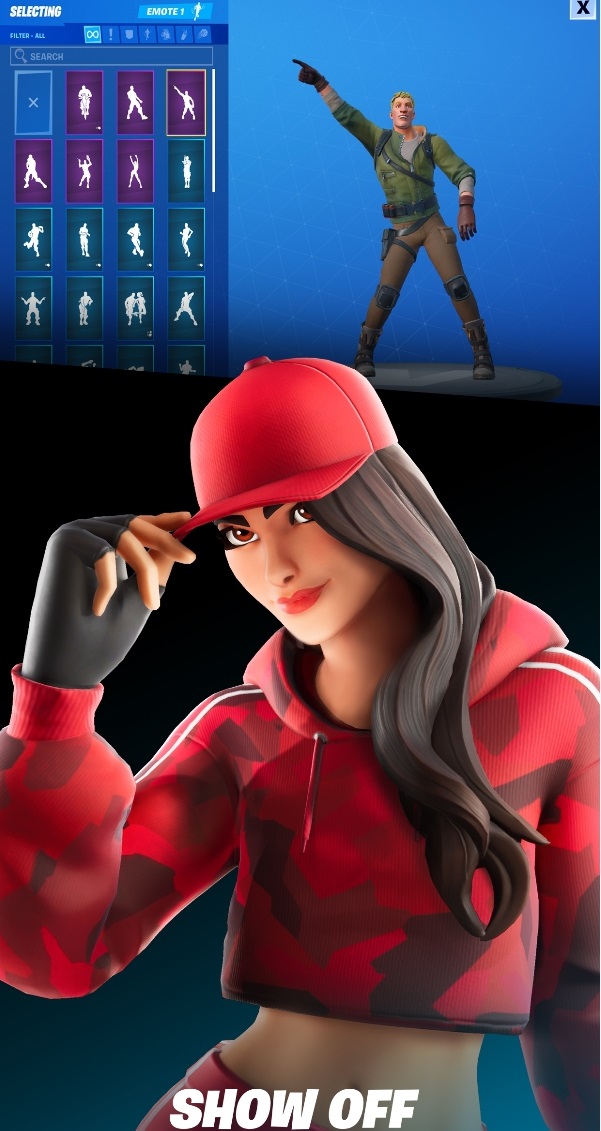