Version: 6.0.1
Clean
This file has been scanned with VirusTotal using more than 70 different antivirus software products and no threats have been detected. It's very likely that this software is clean and safe for use.
View full report in
VirusTotal
SHA256: e933031ac7ccb697804b99f7e7dd464581ccd0e5cbd47503857a9ad2da2f3e7d

AutoCAD 360 is a powerful tool on the market for creating computer-aided design software on Android devices.

AutoCAD for Android has the tools that the desktop version has. The user can open/modify .DWG files, zoom and pan, rotate objects, and take precise measurements on the spot to import the result as a separate file.

One-touch access makes it easy to act, and any project can be sent to interested parties at the touch of a button. Also considered a helpful feature is the GPS algorithm, which shows the user's exact position in his drawing/architectural plan.

AutoCAD for Android is a potent tool that is available offline. Every change is synchronized with existing data if the user appears online. 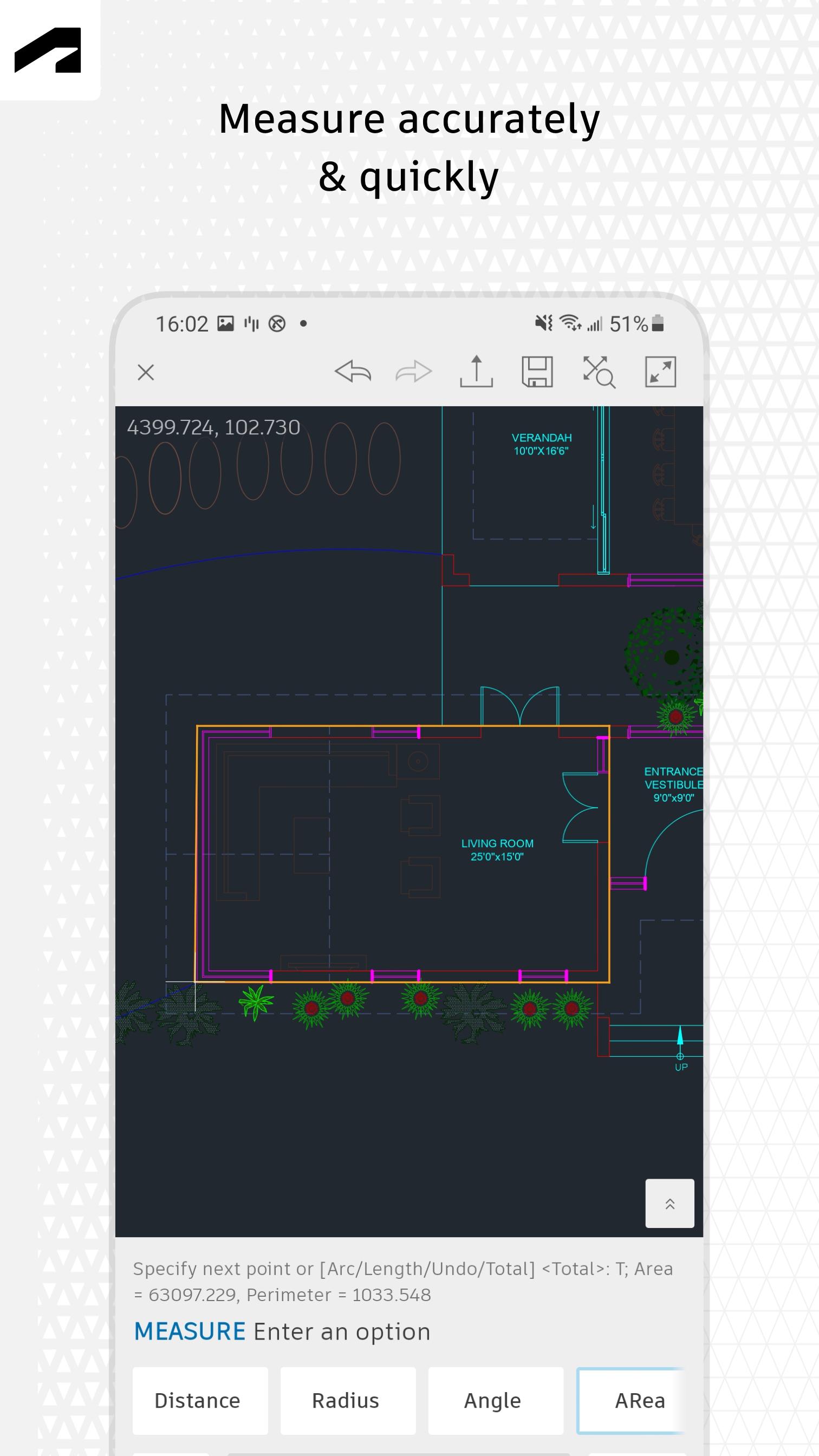 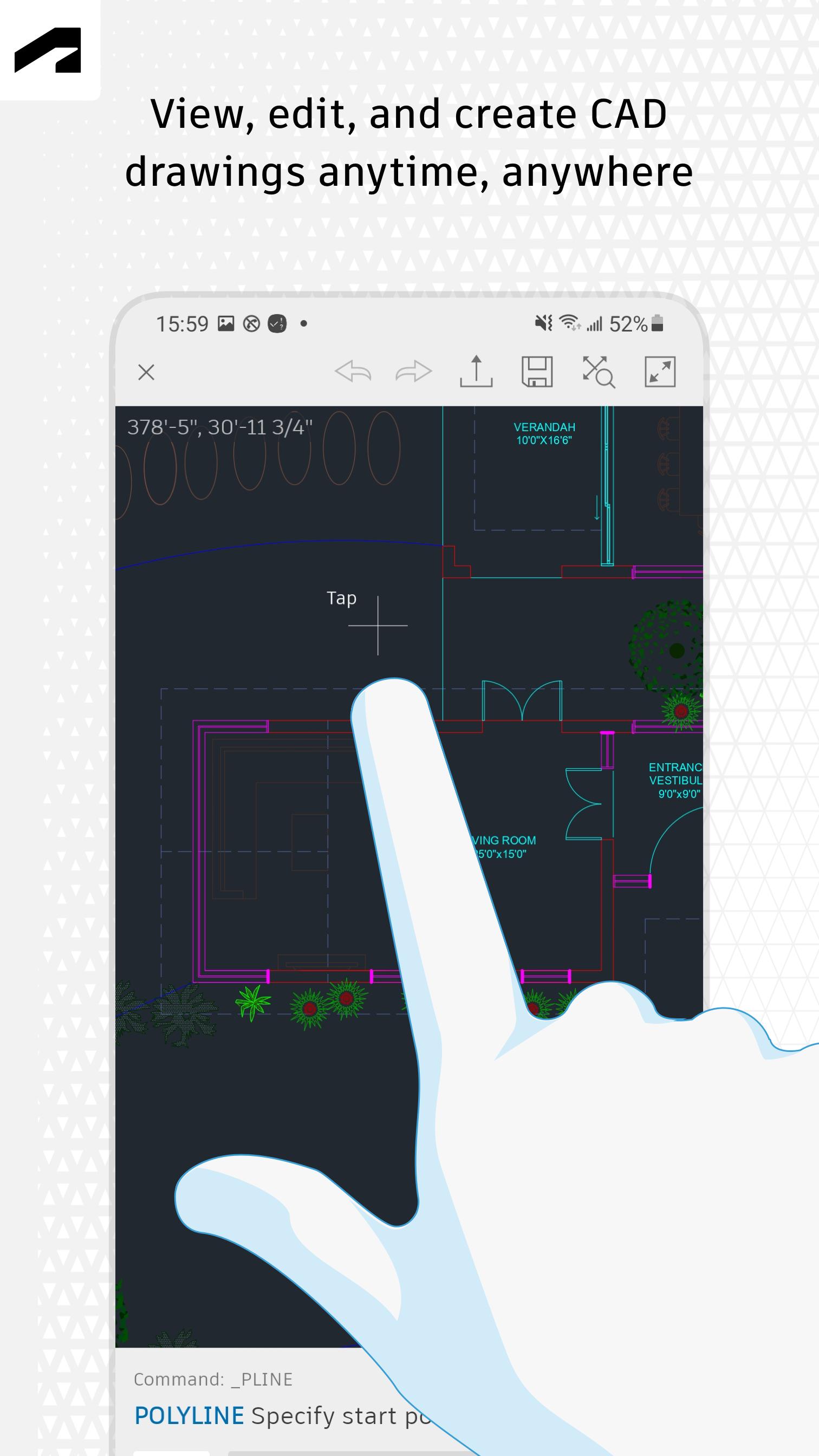 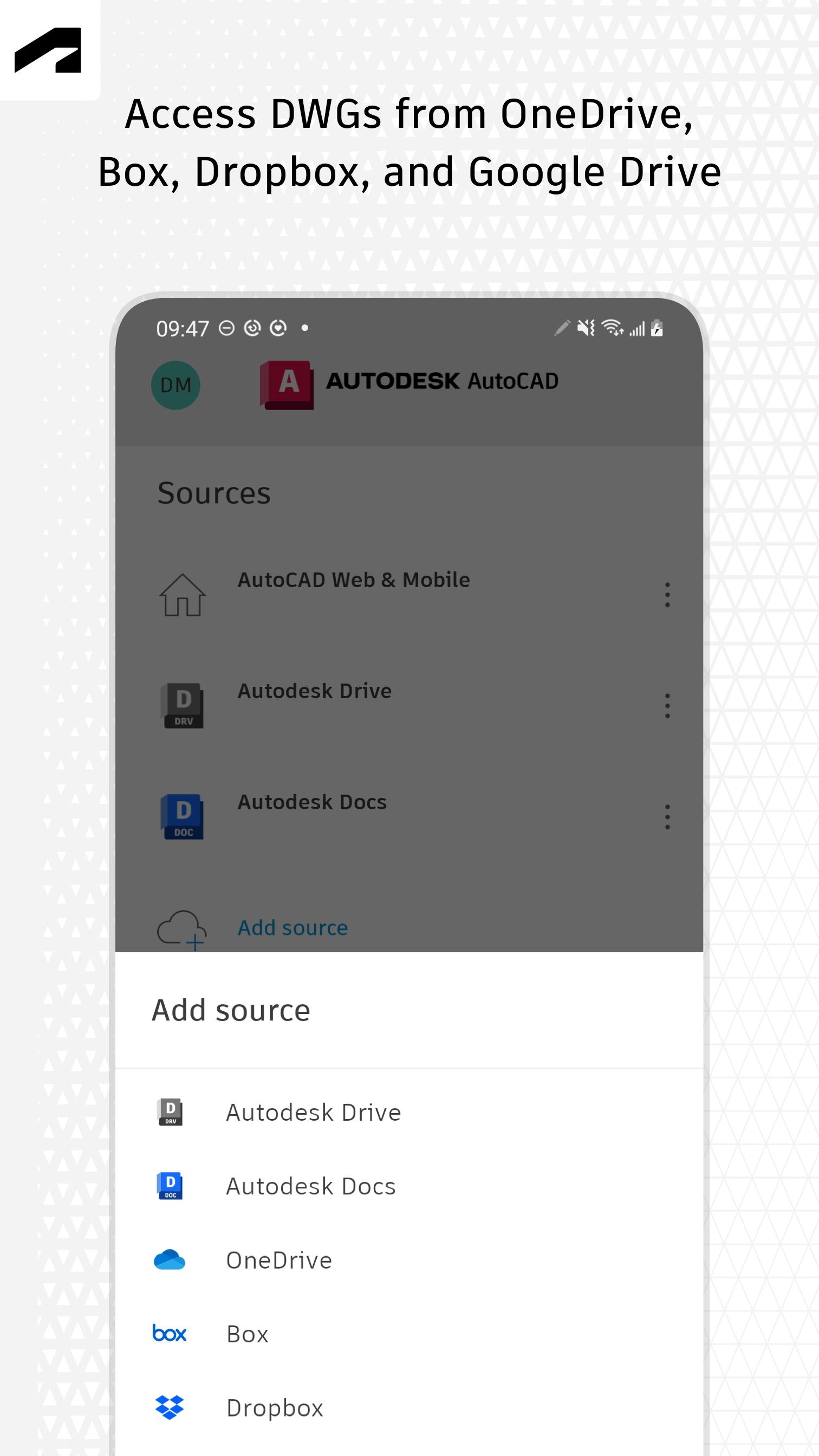 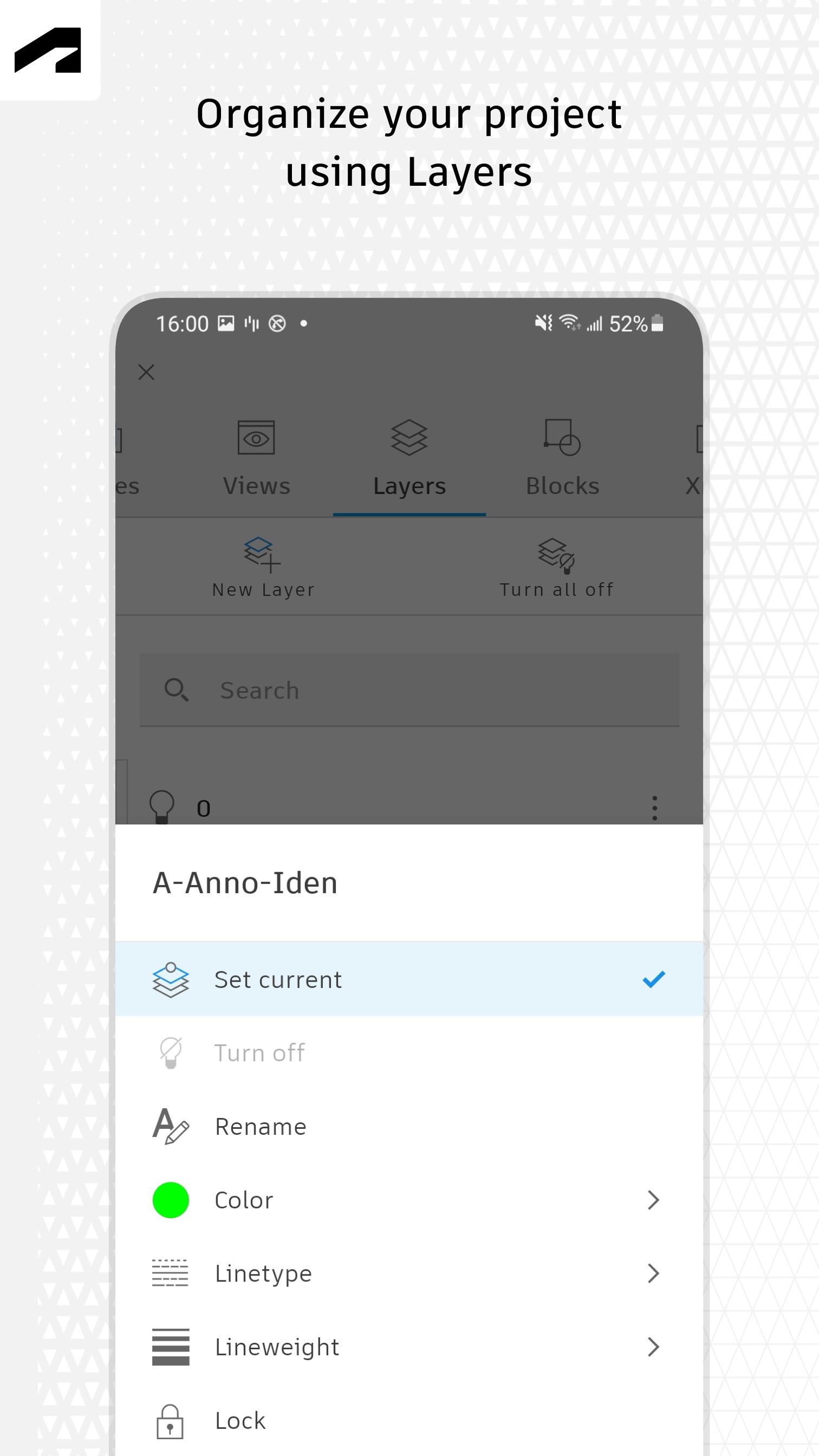 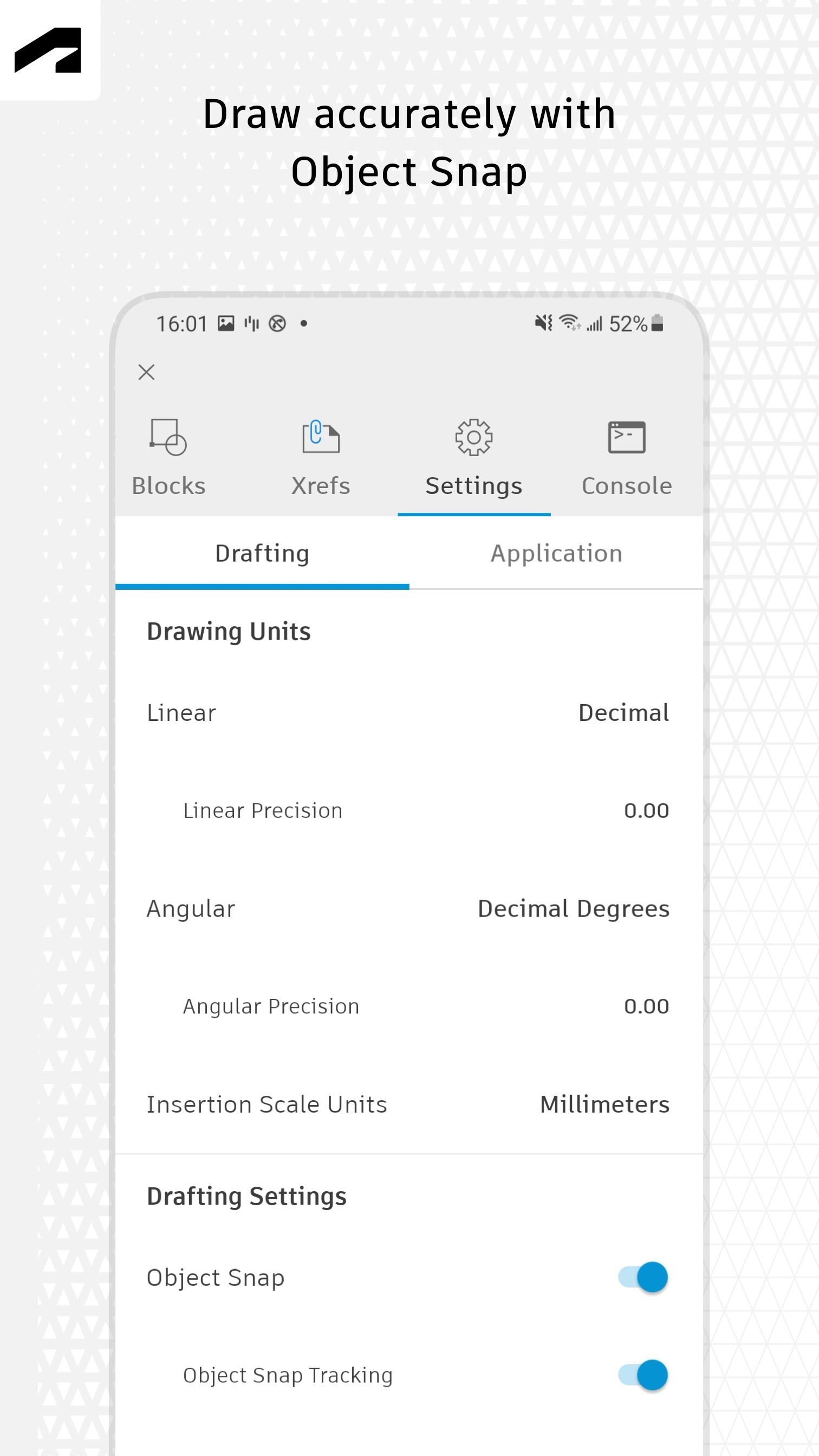 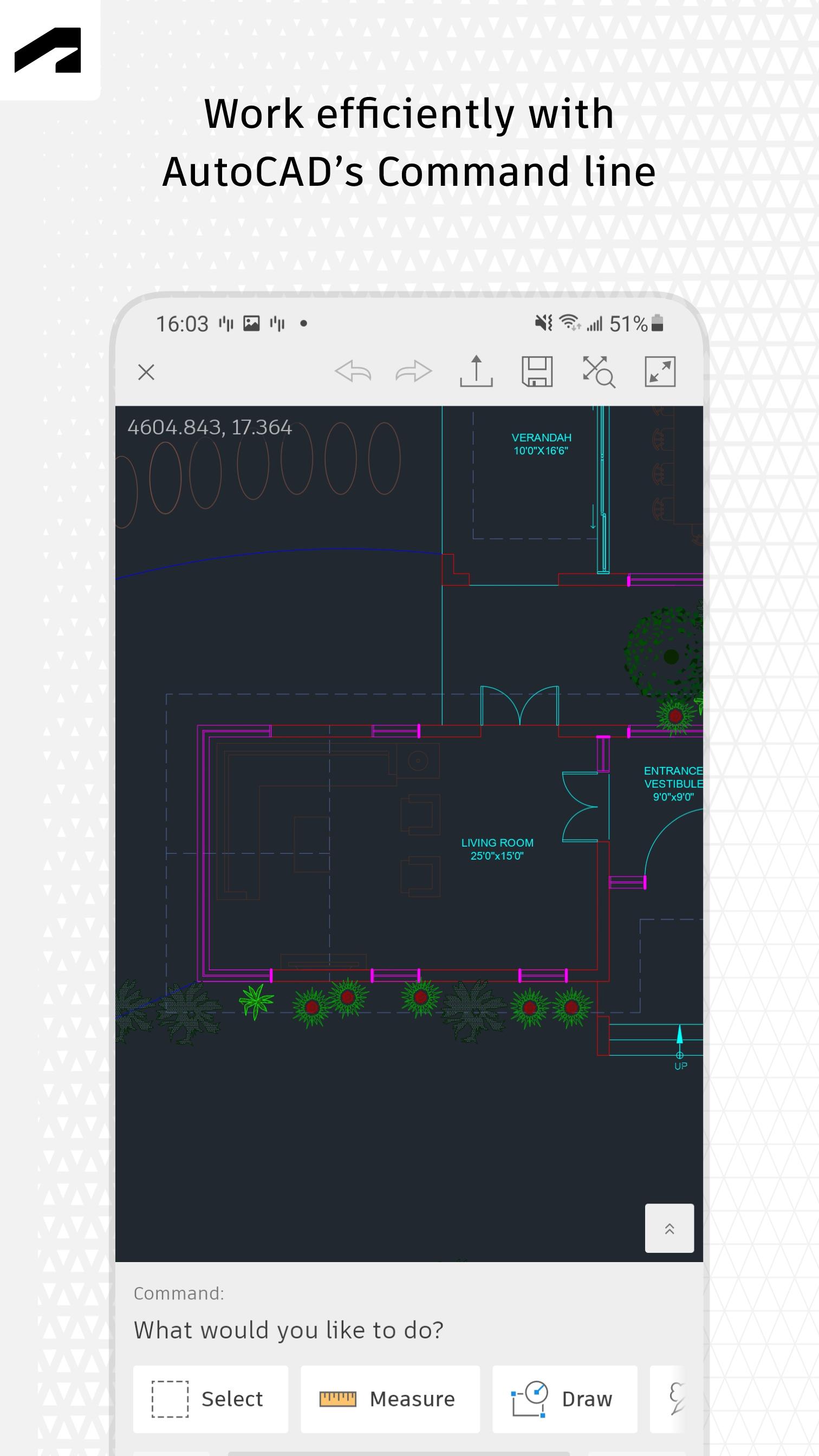